Envoy to Panelo: What if China suspects OFWs of spying, too? 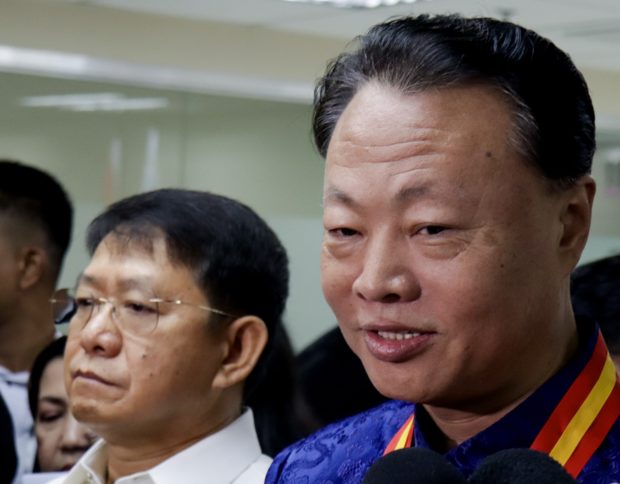 MANILA, Philippines — Do Filipinos suspect that Chinese workers in the Philippines are really spies? Well, the Chinese can think the same way about overseas Filipino workers (OFWs) in China, too. But let’s perish the thought that the  thousands of our nationals working in your country and yours working in ours are security threats.

That was the message from Chinese Ambassador Zhao Jianhua to Malacañang after Defense Secretary Delfin Lorenzana raised concerns about the presence of Chinese-manned Philippine offshore gaming operation (Pogo) sites near military and police camps, according to presidential spokesperson Salvador Panelo.

He had recommended that the Pogos be moved away from the camps to hubs where finance and immigration authorities could monitor them, a plan already being pushed by  gambling regulator Philippine Amusement and Gaming Corp. (Pagcor).

While the presence of Chinese gaming operations near military camps was a legitimate concern, Panelo on Saturday said “maybe the problem is we are too security conscious.”

“Ambassador Zhao sent me a text. He said, ‘What if we also think that your overseas workers are also spying on us. What can you say about that?’” he said.

Zhao’s point could be that the Philippines should not harbor such thoughts, Panelo added.

Read Next
Palace on Duterte: He’s well but very busy