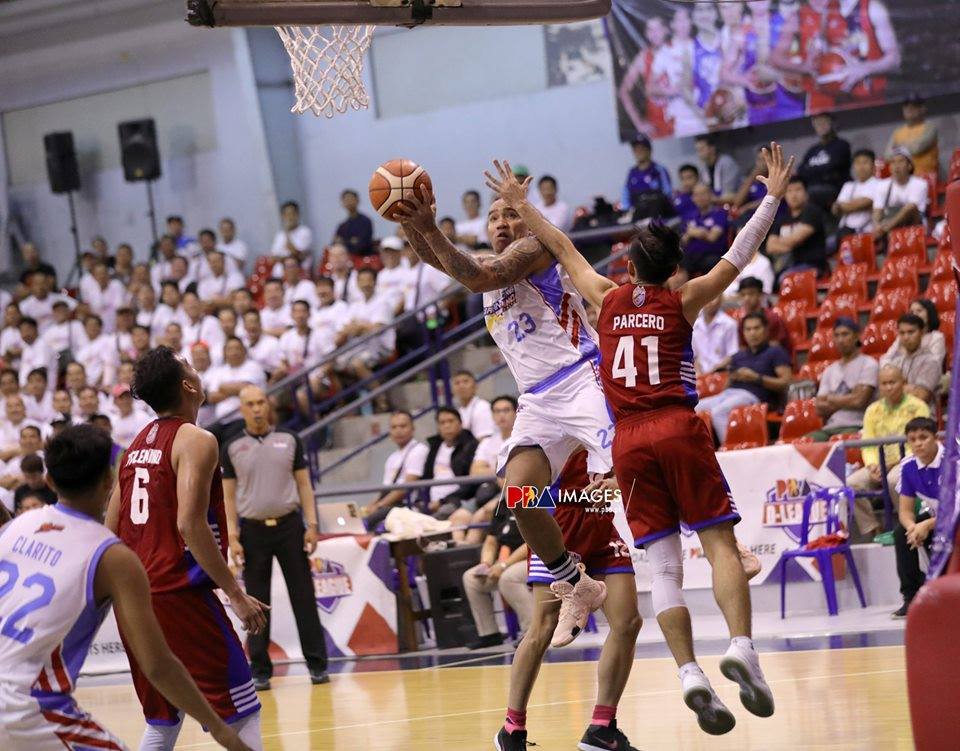 Cebuano Eliud Poligrates continues to flourish after getting released by the Sharks. | Photo grabbed from the PBA D-League Images

CEBU CITY, Philippines – Cebuano guard Eliud Poligrates continues to flourish after his stint with the Cebu Sharks as he led the Marinerong Pilipino to the 2019 PBA D-League Foundation Cup playoffs with a 73-51 win over the Asia’s Lashes Tomas Morato on Monday, August 19, 2019 at the Ynares Sports Arena in Pasig City.

The flashy guard from Poro town in Camotes Island continues to sizzle after he was released by the Cebu Sharks a few weeks ago. He sank five three-pointers en route to leading the Skippers in scoring with 17 points. Poligrates added five rebounds and dished out four assists to help his team capture its fourth win in as many matches, good enough for the top spot in Group A.

Cebu Sharks big man William McAloney scored seven points for the Skippers but his availability for the Sharks’ game against the San Juan Knights remains vague after he was barred by management from playing in the PBA D-League on Monday because of the close proximity of the game to the Sharks’ match, slated at 6:30 p.m.

Marinero still has two more games left on its slate before the quarterfinals. They still have to face off against iWalk and Centro Escolar University.

James Martinez paced Asia’s Lashes with 13 markers, while another Cebuano, Jeson Delfinado, added nine points and four rebounds. The Soldiers dropped to an even 2-2 card. | dcb

Read Next
‘The Little Prince’ sketches found in Switzerland