Julian “Teban” Daan signs off at 74 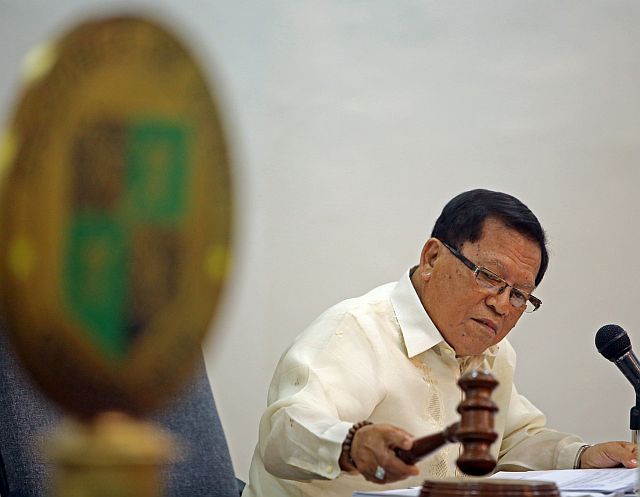 CEBU CITY, Philippines—He was the voice behind popular drama shows that invaded the air waves.

But at 4:40 p.m. on Wednesday, August 21, 2019, veteran radio personality and politician Julian “Teban” Daan succumbed to heart failure and left the earth with memories of his signature voice that played the roles of protagonists and villains.

Daan succumbed to heart failure while he was confined in a private hospital in Cebu City.

At the time of his death, Daan was an incumbent councilor of Talisay City.

He also served as a board member of the Cebu Provincial Government.

Daan was confined in the hospital since Monday, August 19, after suffering from a mild stroke.

In 2013, Rodel said his father already underwent a bypass surgery.

“Na-stress pud siguro to si Papa kay nasakit man si Mama (My father might have been stressed out as well because my mother was also sick),” he added.

Aside from being a politician, Daan was famous as a radio and stage actor.

He starred in several radio dramas such as “Ang Manok ni San Pedro,” “Milyonaryong Mini” and “Goat the Wonderful.”

In 1982, Daan started his political career when he ran and won as barangay councilor in Barangay Tabunok, Talisay, back when Talisay was still a town.

Daan became a provincial board member of Cebu’s First District in 1995.

He ran as vice governor of Cebu province in 2004 but he lost to the late Gregorio Sanchez.

In 2007, he returned in politics and served as PB member for three consecutive terms.

In 2016, after ending his three-year term as PB, he ran as Talisay City councilor. He ran for another term during the May 2019 elections and earned a fresh mandate to serve for another three years.

Rodel said his father was in and out of the hospital when he was serving as councilor of Talisay City.

In a Facebook post, Talisay City Mayor Gerald Anthony “Samsam” Gullas expressed his sympathy and condolences to the  family of Daan.

“Earlier today, I received the terrible news that our beloved city councilor, Julian “Teban” Daan, has passed away this afternoon,” the post reads.

He said that aside from being a colleague and partymate, he also considered Daan as a good friend and “idol” when it comes to his humor and public service.

“I know that he was well-loved not just by the Talisaynons, but also by all Cebuanos who always tune in to hear his antics on the radio,” the post says.

Gullas added that he will sorely miss Daan’s jokes, charisma, love for public service and constant advice and guidance.

Daan’s wake will be held at the St. Peter Chapel on Imus Street in Cebu City. / celr