Cloudy skies, rain showers in Cebu, Visayas for the next 24 hours 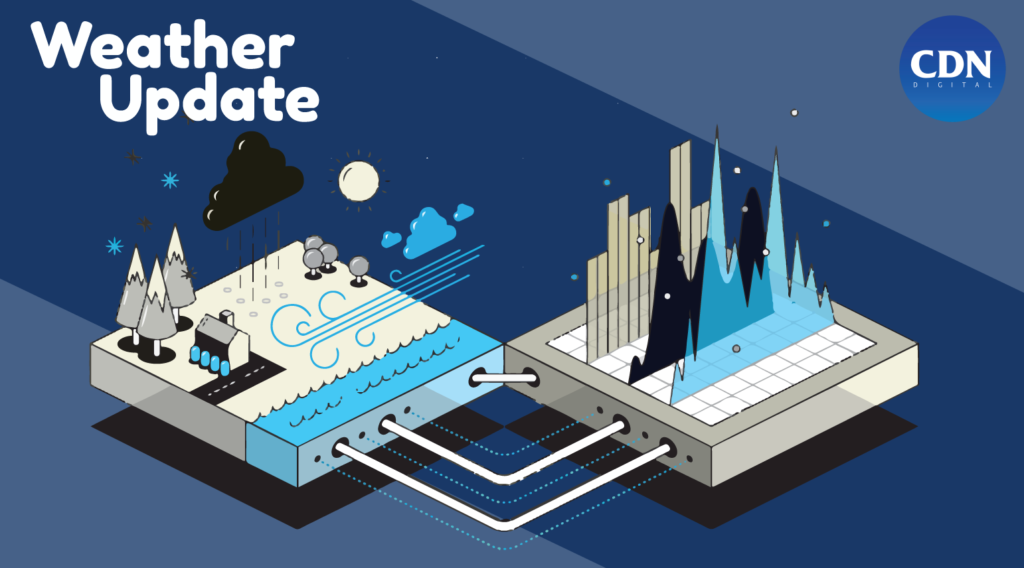 CEBU CITY, Philippines — Cloudy skies with scattered rain showers are expected in Cebu and the Visayas for the next 24 hours, the state weather bureau said on Thursday morning, August 22.

“Moderate to strong winds blowing from the Southwest to West will prevail over the Eastern section of Visayas and its coastal waters will be moderate to rough,” the 6 a.m. weather update reads.

With the gale warning up, no vessels below 250 gross tonnage will be allowed to sail in the waters of  Camarines Provinces, Catanduanes, eastern coast of Albay, Sorsogon, Quezon province including Polilio Island, Northern Samar, Eastern Samar and Leyte province.

As of 3 a.m. of August 22, the center of TS Ineng was estimated at 840 kilometers west of Casiguran town in Aurora province with maximum sustained winds of 65 kilometers per hour (kph) and gustiness of up to 80 kph.

The southwest monsoon or habagat is also affecting the western sections of Luzon and Visayas.

No gale warning has been issued for the seaboard of Western and Central Visayas yet. / celr

Read Next
THE AMAZON IS BURNING: Forest fires in Brazil surge as deforestation accelerates