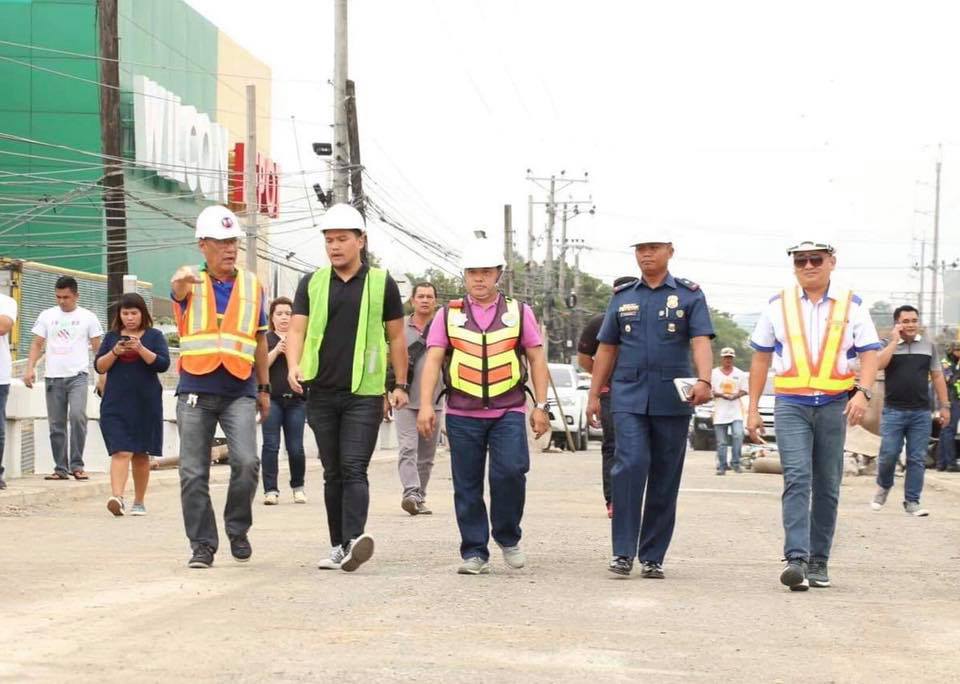 CEBU CITY, Philippines – Learning from the delays of the Mananga Bridge rehabilitation project, Talisay City Mayor Gerard Anthony Samsam Gullas Jr. said that he will make it a policy of his administration to already bar the implementation of any new road projects that are not coordinated with his office.

“Aside from coordination, DPWH and their contractor should present a comprehensive traffic plan and a non-negotiable timeframe if they are to carry out road projects in major thoroughfares that could cause problems for our motorists. If they fail to present these to us, I will not allow them to start work. DPWH and their contractors should be made answerable to the local government units, especially if their projects affect our constituents,” Gullas said in a Facebook post at 9 a.m. today, August 26.

Gullas also expressed his apology especially to Talisay City residents who have been experiencing inconvenience as a result of the unfinished Mananga bridge rehabilitation project.

“I offer my sincere apology. I assure you, I’m not ignoring your suffering and your City Hall is working hard to make sure that traffic remains stable in that area,” he said.

Project implementation started in November 2018.  The P44.3 million project includes the retrofitting the bridge’s northbound lane and installation of spans or beams on after some parts of the structure had started to sag. The Department of Public Works and Highways in Central Visayas (DPWH-7) made an earlier commitment to already open the bridge’s northbound lane on August 4.

But since the target was not met, Gullas said that “I have been receiving a TON of complaints regarding the slow progress on the rehabilitation works at the Mananga Bridge.”

“To recall, I met with DPWH REGION 7 officials and their contractor for a meeting last month, July 5, to discuss their work at the Mananga Bridge. After the meeting, the DPWH and contractor, among other things, committed to finish work and reopen the bridge by August 4.”

But he expressed frustration that the project remained incomplete during an inspection on August 11.

“To my disappointment, the contractor told me they can’t commit to the August 4 deadline without any apparent reason for the delay. After the inspection, the DPWH and contractor again assured me that they will finish their work by the end of August. Following their non-commitment to August 4, I will consider this their LAST assurance,” he said.

Gullas said that he will no longer allow any further delays on the project’s implementation “without considering its effect to our constituents,” he said.

“As a former congressman of the First District, I always looked forward to my collaboration with DPWH because it means more important infrastructure projects that are vital for our constituents. But I never thought that as mayor of Talisay City, my pleas would be ignored by the same agency that I previously collaborated with,” the Talisay City mayor said.

Read Next
Finesse of performers, clarity of story are keys to Carcar’s success in Pasigarbo sa Sugbo