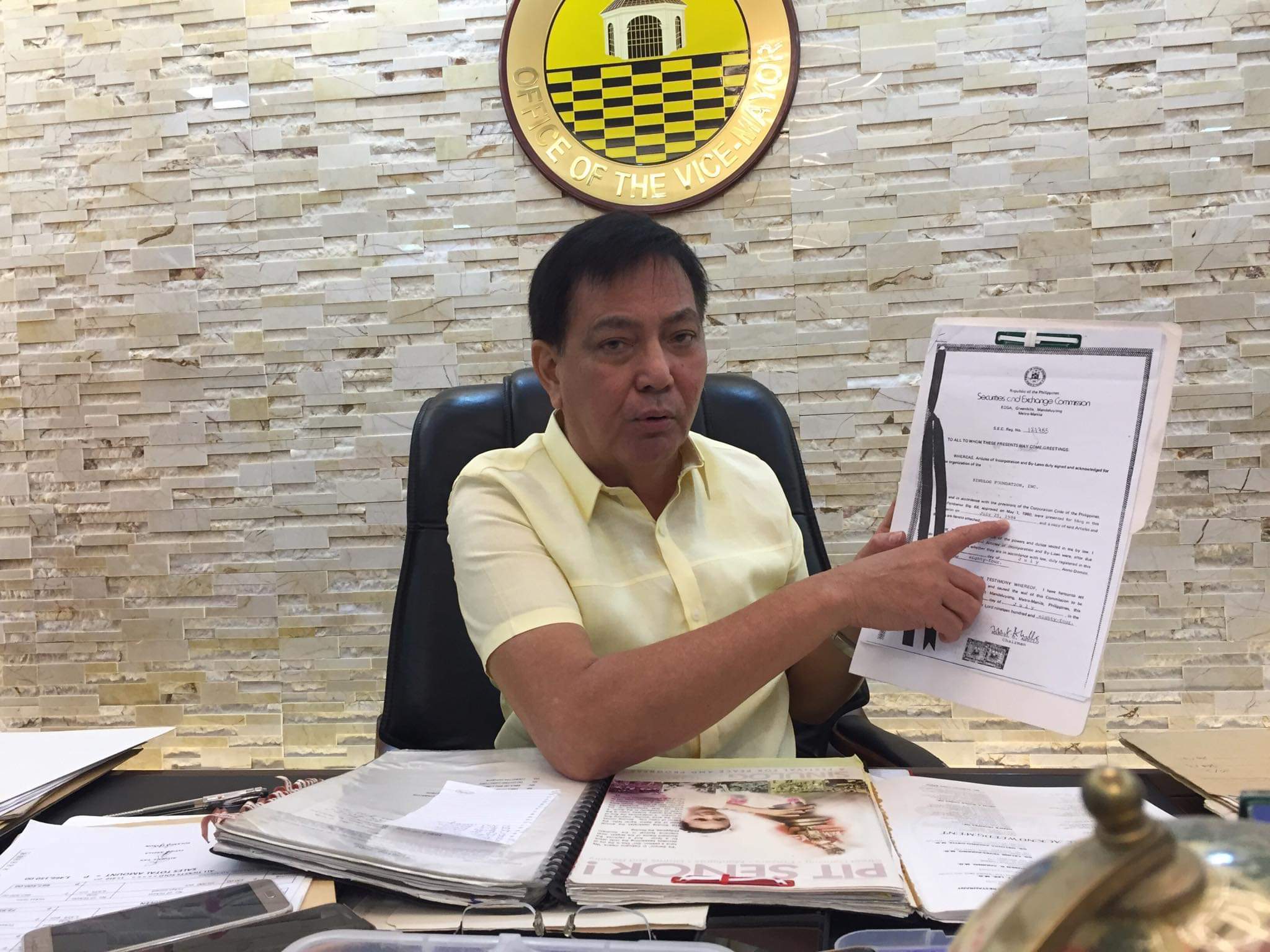 CEBU CITY, Philippines—Tension is brewing between Mayor Edgardo Labella and Vice Mayor Michael Rama as the latter voiced out his opposition to the creation of a governing board that will organize and oversee the Sinulog Festival.

Rama said he was surprised upon learning that Labella has signed Executive Order (EO) which created the Sinulog Governing Board.

Rama, who is the chairman of Sinulog Foundation Inc. (SFI), said Labella’s signing of an EO to create the Sinulog Governing Board is an unprecedented move by any city chief executive in the last 38 years.

In the last 38 years, SFI, an independent body working closely with the city government, has been the main organizer of the Sinulog festival.

With the new EO signed by Labella on August 23, 2019, the Sinulog Governing Board will oversee, approve, and review the resolutions of the SFI.

Rama said this is in contrast to tradition and defies the purpose of creating the SFI to be a private organization that is independent from the city government.

“The SFI was made independent so it will not be affected by politicking,” said the vice mayor.

Rama is worried that with the presence of the Sinulog Governing Board, the SFI will lose its independence because it has to directly answer to a board led by the Cebu City Mayor.

He said this is an added “layer” of bureaucracy and may cause the SFI to lose its autonomy.

Rama said SFI was created to be autonomous so it can be spared from politicking while it raises funds for the festival.

SFI is composed of a Board of Trustees chaired by Rama. Its members come from the private sector including prominent businessmen and entrepreneurs.

Rama revealed that the most recent member of the SFI Board of Trustees is former mayor Tomas Osmeña.

Rama, on the other hand, has been a board member since 2001.

The vice mayor said he will raise the concern to SFI.

Rama said he does not know how the SFI trustees will react to the news regarding the creation of a Sinulog Governing Board.

In a press conference, Rama said he will also talk to Labella on this matter so they can define the purpose of the Sinulog Governing Board and how it will affect the autonomous preparations of SFI.

He said the matter has to be clarified before SFI continue with its preparations for Sinulog 2020.

Rama said SFI has been preparing for the Sinulog 2020 festival since July 2019. / celr