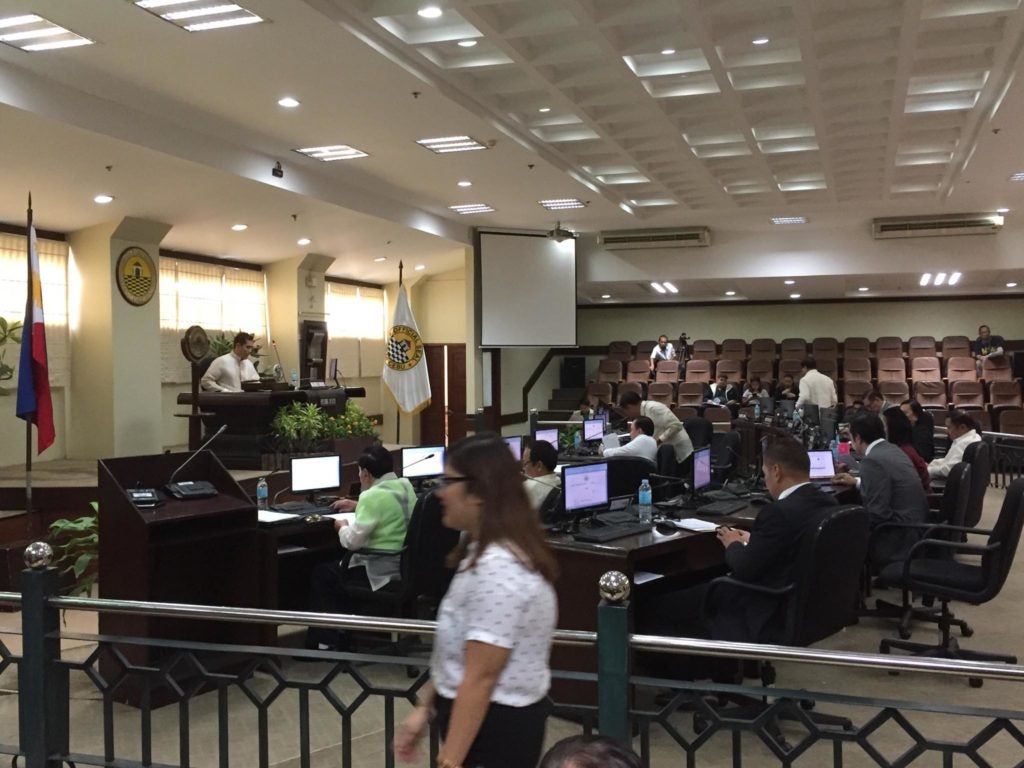 The City Council’s budget committee is deliberating in a budget hearing items in the proposed supplemental budget. | Delta Letigio

CEBU CITY, Philippines — The P7 million proposed budget for the printing and distribution of a new Cebu City Identification Card (ID) will be included in the proposed P2.5 billion supplemental budget (SB) covering the last months of 2019 of Mayor Edgardo Labella’s administration.

The Cebu City Council’s committee on budget headed by Councilor Raymond Garcia approved for recommendation to the City Council the P7 million allocation for new IDs in the proposed SB, the other items of which were still being deliberated in today’s (August 27) budget hearing.

Lawyer Joey Daluz, special assistant to the mayor, said the P7 million would cover the 300,000 IDs that would be distributed to the senior citizens, persons with disabilities (PWDs), single mothers, and married women with children.

Daluz said they would be the first recipients because they had been the residents who would usually avail of city services on health, financial aid, and others.

Daluz also said the distribution would be easier for the senior citizens and PWDs because they had already been registered to the city for the financial aid program.

The P7 million will also cover the registration of these individuals since the city will be doing a survey for the family recipients before they can get a card.

He said that they would need not be voters of Cebu City but they should at least be residing in the city for five years.

At least two to five units will be established per barangay for the survey of the recipients, registration, and distribution of the IDs.

Furthermore, the city government is in talks with supermarkets in the city for a discount accorded to the holders of the Cebu City ID.

The ID will have a machine-readable QR code so all necessary information of the owner as well as transactions can be easily accessed anywhere.

The QR code will also identify if the card is expired as each card can be used for two years before renewal.

The council members led by budget chairman, Councilor Raymond Garcia, proposed to Daluz that the IDs should be made into an ordinance within the term of Mayor Edgardo Labella to instituionalize it.

However, Daluz said that the mayor expressed he would like the IDs to be flexible for the first two years to iron out the details of its applicability. Only then should the IDs be institutionalized.

Councilor Garcia said once an ordinance had been passed for the IDs, the holders could use it as a valid government ID.

Meanwhile, the budget committee also approved the P455 million budget for the financial assistance of the 100,000 senior citizens of the city.

The committee-approved budgets will now need the approval of the whole Council. The Council is expected to tackle the entire supplemental budget No. 2 in the next regular session on September 3.

Read Next
Rama: I stand for what is right