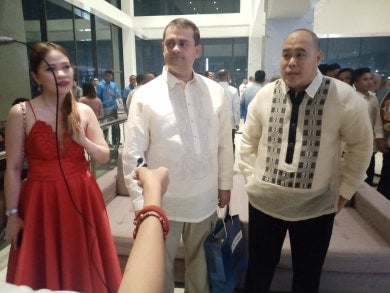 The program seeks to implement 75 big ticket infrastructure projects, including roads, bridges and flood control projects, among others, estimated to cost trillions of pesos.

Tio said he expected the growth to continue since the infrastructure projects were massive and more investments would be coming in.

He disclosed that the government accounts for 60 percent to 70 percent of their sales, with the balance coming from the private sector.

According to Tio, the growth in demand for construction equipment for the past three years reached 30 to 40 percent. He added that the company projects its growth to continue with the implementation more infrastructure projects.

ConEquip Senior Vice President May Tio said the company has expansion plans, including the setting up of an integrated showroom in Cebu.

Tio said they also have expansion plans in Manila and Davao. “We have an existing showroom, service area in Davao, so probably we are looking at augmenting our clientele nationwide,” she said.

“The total market for us is really good because the (sales) result doubled,” said Punko. “We expect to double this year with the help of our partner.”

Because of the growing potential in the Philippine market, he said, their company would be looking at the possibility of setting up a facility in the country.

“That’s why we should grow steadily by 100 percent each year minimum,” Punko said. “We’d go forward with more ideas of localization.”

He explained that they would continue to look at the possibility of setting up an assembly line, first for semi-knockdown products and possibly a completely knockdown facility.

ConEquip, which celebrated its 10th year Friday, is a Cebu-based distributor of brand new trucks and heavy equipment sourced from Russia, China, Germany, Switzerland, Finland and Sweden. Their products include earth moving equipment, transport, heavy trucks and special equipment such as dredgers, landfill compactors and shredders, among others. | dcb