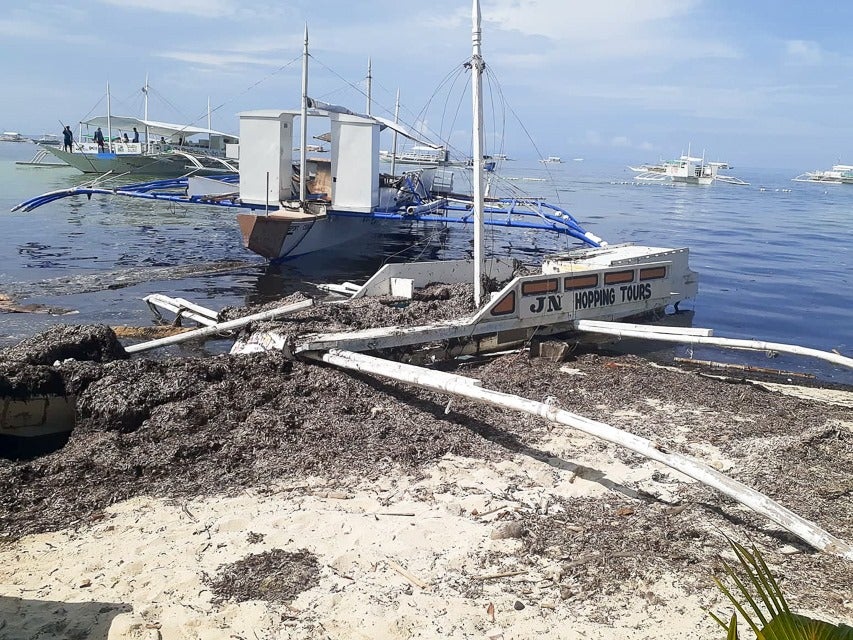 The presence of dilapidated boats that were left on the coastlines of Barangay Danao in Panglao town has been an eyesore and a source of safety concerns for local and foreign tourists. | Photo grabbed from the Municipality of Panglao Facebook page

CEBU CITY, Philippines – The municipal government of Panglao in Bohol province and some volunteers organized a coastal cleanup earlier today, August 31, to restore the pristine sandy beach and shorelines of Barangay Danao.

In a Facebook post this afternoon, the Municipality of Panglao lamented that the shorelines in Barangay Danao have been used as a “banca graveyard” by some banca owners and operators while piles of garbage can also be found in the area.

“It is a sad fact that owners simply leave their wrecked and dilapidated bancas, idle on the shores of Danao,” the post said.

Aside from being an eyesore, the presence of dilapidated bancas in the area has also become a hazard for locals and tourists alike.

“Indeed, the owners of these bancas have become unmindful of the hazards and destruction (that) these bancas could cause to nature and to people as the small sea vessels rot and mix with our seawaters and sea resources,” it added.

The municipal government of Panglao organized a coastal cleanup this morning with hopes of reviving he white sand beaches that Barangay Danao used to have.  This was already the second clean-up that they organized this month. The first was held on August 24.

The town’s post said that while they do the weekly cleanup, “it is worthy to note that some sectors of the town have been positively pushing local officials and authorities to penalize these owners of the bancas who have seemed to remain irresponsible and “blind” to legal provisions against what they have been doing.”

“This way, other potential perpetrators would be prevented to continue this unfriendly stunt against Mother Nature,” it added.

Below are photos grabbed from the Municipality of Panglao Facebook page. 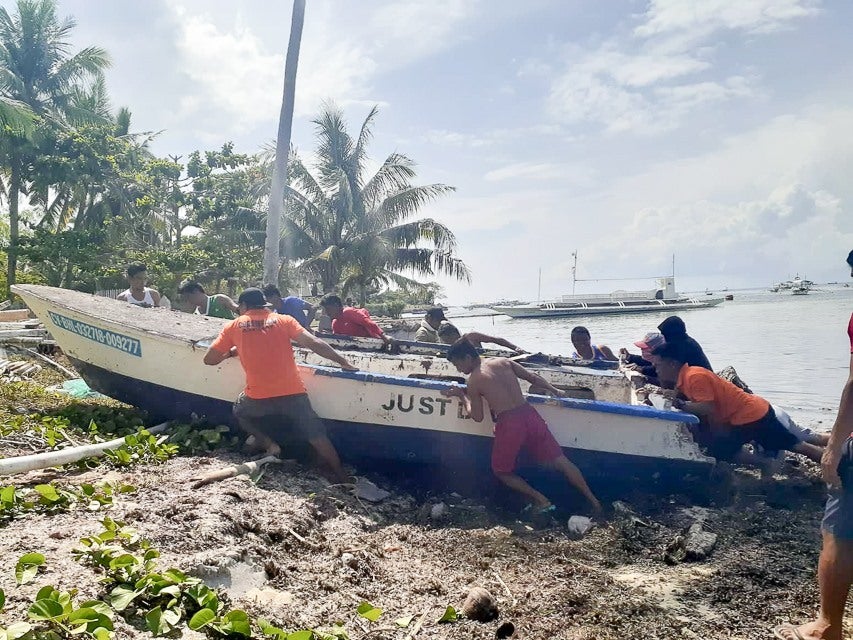 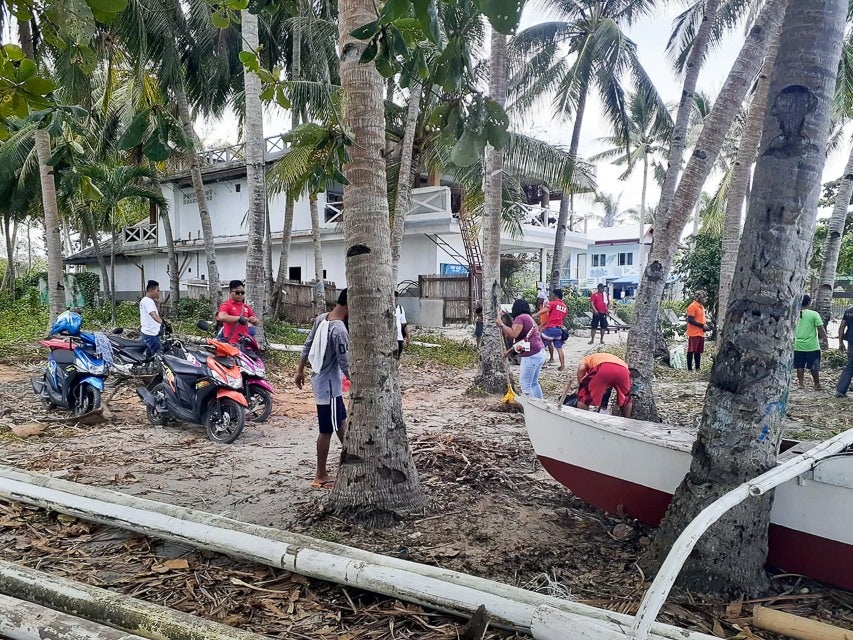 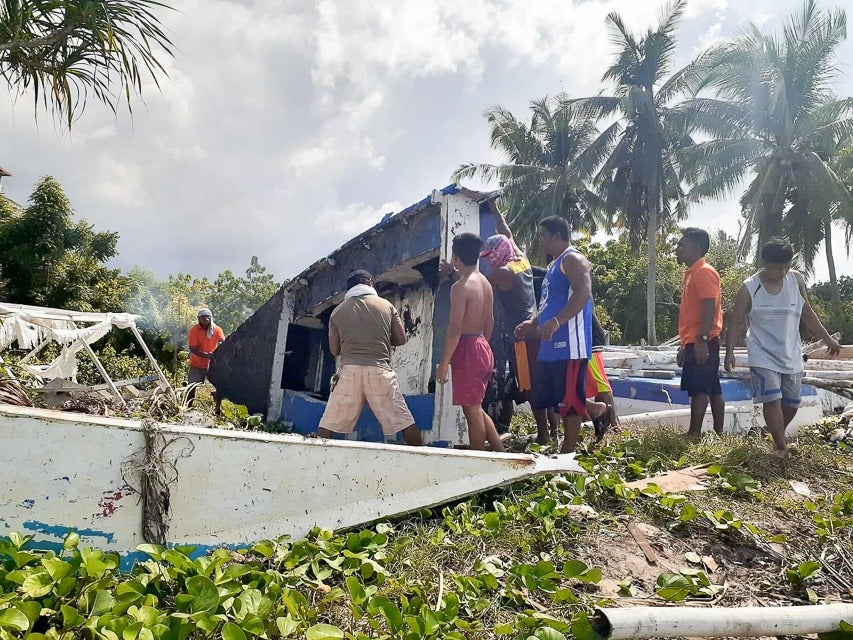 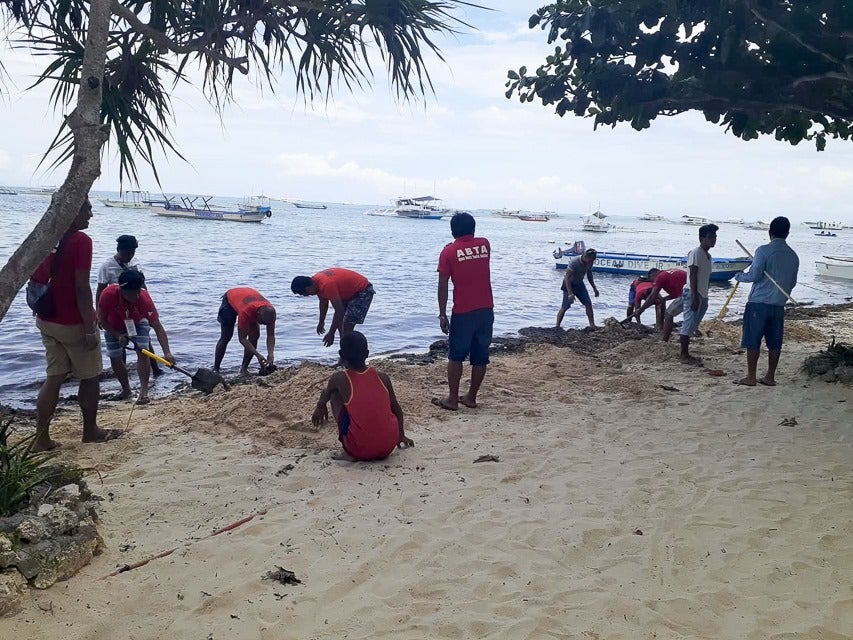