Calls for Faeldon resignation mount: ‘He should be dumped, not recycled’ 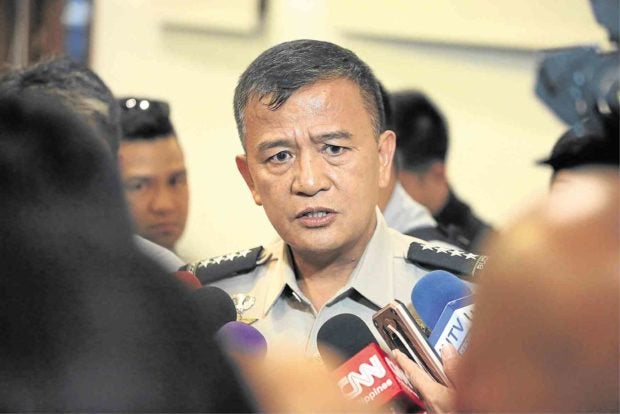 MANILA, Philippines — Several senators on Wednesday called for the resignation of embattled Bureau of Corrections (BuCor) chief Nicanor Faeldon with some asking that he should no longer be “recycled” to another government post.

This as Faeldon is once again in hot water, this time over the alleged wrongful release of nearly 1,914 heinous crime convicts from prison under a law on good conduct credit, including rape and murder convict former Calauan Mayor Antonio Sanchez and the three men convicted in the rape-slay of the Chiong sisters in Cebu.

“Kung nakikita niya yung importance ng delicadeza, ‘yong importance of being an effective public servant, he should have the guts to resign,” Senator Joel Villanueva told reporters at the Senate when asked if Faeldon should step down from his post.

In a separate statement, Villanueva expressed hope that the BuCor chief would also have the “decency to realize that he is ineffective and is slowly becoming the epitome of the government’s failure to address corruption.”

“His stints in Customs and now in BuCor was associated with drug smuggling and corruption. He should permanently be dumped and not recycled,” he added.

In 2017, Faeldon resigned from his post as Bureau of Customs chief after the discovery of P6.8 billion worth of shabu (crystal meth) smuggled from China.

Faeldon, a former Marine captain, was then appointed by President Rodrigo Duterte to the Offcie of Civil Defense and later on to BuCor in November 2018.

For Senator Francis Pangilinan, Faeldon should resign due to the latter’s failure to coordinate with the Department of Justice (DOJ) for the release of more than 800 heinous crime convicts released since he assumed office.

The BuCor chief earlier admitted that he did not seek the prior approval of the DOJ for the 816 heinous crime convicts during his time under the good conduct time allowance (GCTA) law.

Under Department Order 953, releases of high-risk convicts and inmates sentenced to life imprisonment shall only be implemented with the prior approval of the Justice secretary.

Asked if Faeldon should no longer be recycled into another government position, Pangilinan said: ‘Yun na nga. Kasama na ‘yon.

For Senator Juan Miguel Zubiri, Faeldon should at least file a leave of absence out of delicadeza.

“You know, controversy abounds wherever he stays, which position he takes, prudence dictates that maybe you should at the very least offer a leave of absence to the President, it would allow the President to conduct the investigation that the President wants,” he said. /jpv

TAGS: calls, Faeldon, He should be dumped, Mount, not recycled, resignation