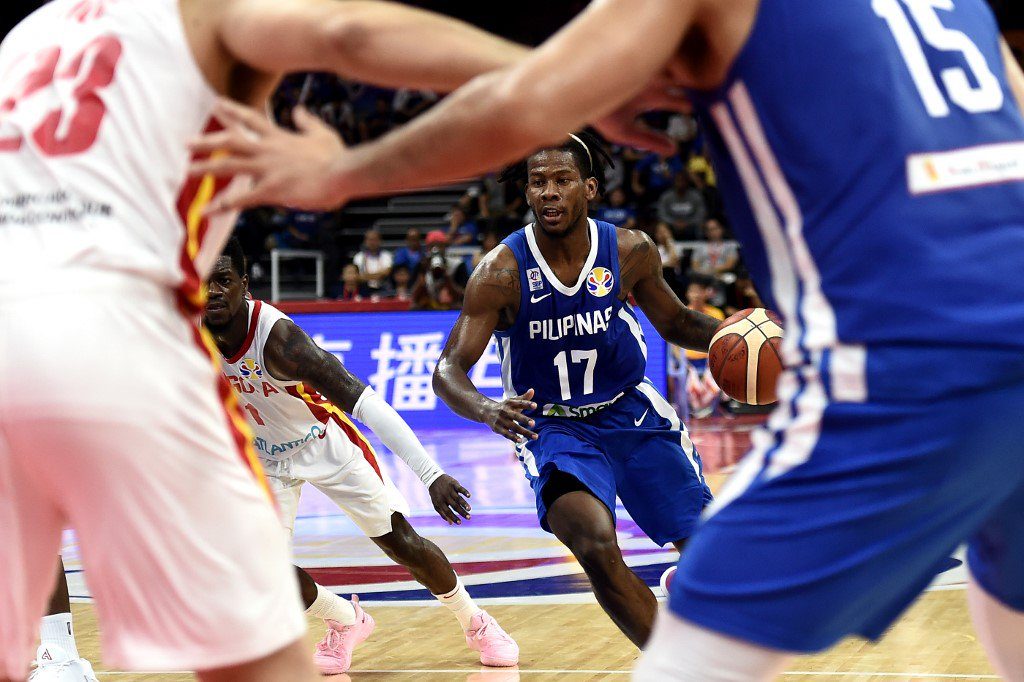 Jaymar Perez of the Philippines dribbles the ball during the Basketball World Cup Group D game between Angola and Philippines in Foshan on September 4, 2019. (Photo by Ye Aung Thu / AFP)

Even against the lowest-ranked team in its group, Gilas Pilipinas still couldn’t salvage a victory in overtime and bowed to Angola, 84-81, to finish winless in the group stage of what has been a disastrous 2019 Fiba World Cup campaign in China.

Riding on the heroics of fearless rookie CJ Perez, the Philippines came back from 12 points down to force extra session but only to fizzle out when it mattered most.

Perez drained a clutch 3-pointer with 33.1 seconds left in regulation that paved way for the overtime period, but after Andray Blatche’s free throw that gave Gilas a 76-73 lead, Angola dug deep and buckled down to work to outlast the Nationals.

Kiefer Ravena still had a chance to send the game into second overtime but his deep 3-pointer clanked off the rim.

Despite bowing out of contention with a 0-3 record, a window is still open for the Philippines to turn its fortunes around by finishing as the best Asian team that comes with an outright berth to the 2020 Tokyo Olympics when it moves to the classification phase.

But that’s if host China loses to Venezuela in Group A and also fails to advance into the second round.

Gilas, which got manhandled by European powers Italy and Serbia by an average losing margin of 52.5 points in its first two games, played catchup for majority of the match against Angola.

Andray Blatche, who has been a disappointment so far, finally had a decent game with 23 points, 12 rebounds, four steals and a block but it was Perez and his felllow young gun Robert Bolick who kept the Angolans from blowing the game wide open.

Perez dazzled with 17 points on top of seven rebounds and three assists but was far from perfect with four turnovers, including two inside the final three minutes. Bolick added 10 points in 10 minutes off the bench.

The Angolans, coached by American Will Voigt, drew 20 points from Joaquim Valdelicio.

Read Next
Locsin: Only China seems keen on joint exploration of WPS