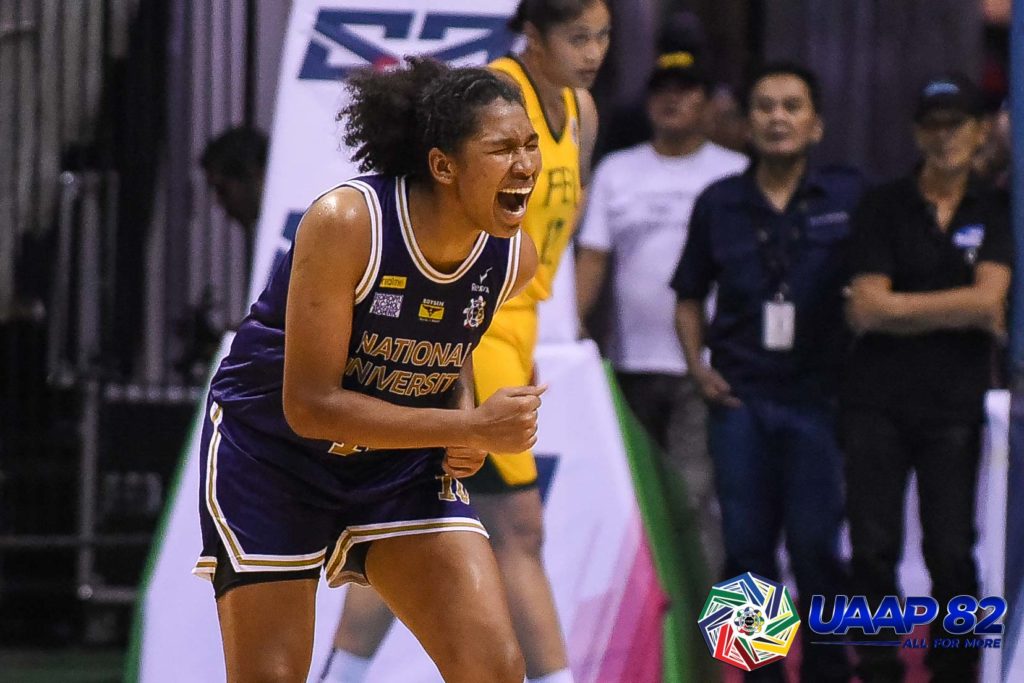 Jack Animam had 17 points and 12 rebounds led the five-time champions in their season-opening win that bumped their perfect run that started in Season 77.

Center Rhena Itesi also had her way in the paint with 16 points and six rebounds while rookies Camille Clarin and Angel Saruda had 10 points apiece.

Despite the win, NU head coach Pat Aquino wasn’t all too happy with how his players performed especially in the defensive end that allowed FEU take a 48-43 lead in the third quarter.

“It was a hard win, rusty probably, overconfident, but the thing is we have to play double time against FEU,” said Aquino. “Our players are still hesitant, we’re coming up with a new system and they’re still hesitant with that, but I just told them to play as hard as they can and everything will follow.”

In the other game, Ateneo fended off University of the East, 74-65, at the Quadricentennial Pavilion inside University of Santo Tomas.

Joanne Nimes had 19 points to lead the Lady Eagles and her five-point swing in the fourth turned her team’s fortunes from a 53-52 deficit into taking a 57-53 lead that helped Ateneo pull away in the final frame.

“I like that they hustle towards the end, of course we wanted to have played with more intensity from the start,” said Ateneo head coach Kat Quimpo who replaced John Flores in the off-season.

Hazelle Yam hit a crucial late-game jumper that gave Ateneo a 65-63 lead and that became the start of an 11-2 run that closed the game out for the Lady Eagles.

Jhaz Joson added 15 points for Ateneo while Alyssa Villamor had 14.

Tin Cortizano led the Lady Red Warriors with 18 points and nine rebounds while Jearzy Gagade had 15 points and 10 boards.