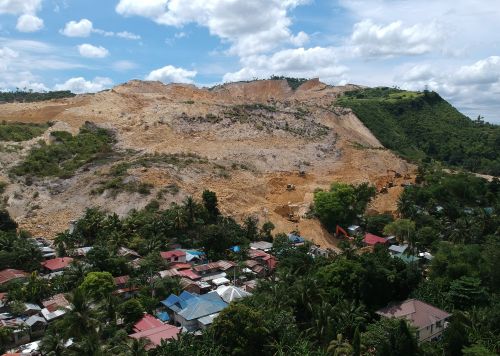 SITIO SINDULAN DISASTER. An aerial view of the landslide that covered the houses in Sitio Sindulan, Barangay Tinaan, Naga City and claimed the lives of over 70 persons on Sept. 20, 2019. /CDN File Photo

NAGA CITY, Cebu —Almost a year since the tragic September 2018 Naga City landslide that claimed over 70 lives, the National Housing Authority will finally inaugurate the relocate site that it promised to the displaced families of the calamity.

On Friday, September 6, President Rodrigo Duterte is expected to lead the ground breaking ceremony at the two-hectare portion of the Balili property in Barangay Tinaan, Naga City where the close to 200 housing units will be erected.

The groundbreaking ceremony is expected to start at 4 p.m., according to suspended Naga City Mayor Valdemar Chiong.

In an interview on Thursday, September 5, at the sidelines of the 12th Charter Day celebration in Naga City, Chiong said he was grateful that the President himself will lead the inauguration.

A day after the landslide, or on September 21, 2018, Duterte also visited the landslide victims who were then housed at the Enan Chiong Activity Center and promised that the National Government will help them rebuild their homes buried by the landslide. 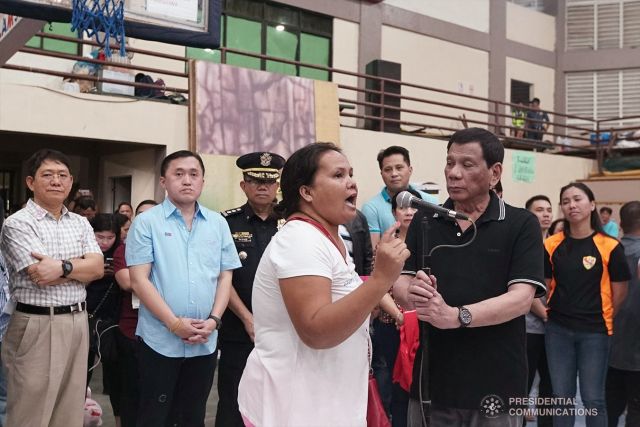 President Rodrigo Duterte gives an opportunity to Sheila Eballe, one of the landslide victims in Naga City, Cebu, to voice out her concern. The President visited the victims taking shelter at the Enan Chiong Activity Center (ECAC) on September 21, 2018,  a day after the landslide that displaced over 500 families and claimed 78 lives. / FILE PRESIDENTIAL PHOTO

However, the victims could no longer rebuild in the same area, which has been since declared as a no-build zone.

Some 444 families were earlier identified  to have been permanently displaced due to the landslide and the risk surrounding the ground zero.

According to Chiong, some of the victims opted to avail of another option, where they were given P100,000 for them to look for a new home on their own.

Aside from the NHA-housing units, the city government has already started with the construction of 50 housing units in another relocation site still in Barangay Tinaan.

Governor Gwendolyn Garcia is also expected to hand over the P3 million cash assistance of the provincial government to Naga City during tomorrow’s inauguration.

Chiong said the amount will be used for the site development like the drainage system in the city-sponsored relocation site./elb