Thelma Chiong on convicts’ surrender: ‘New justice for my daughters’ 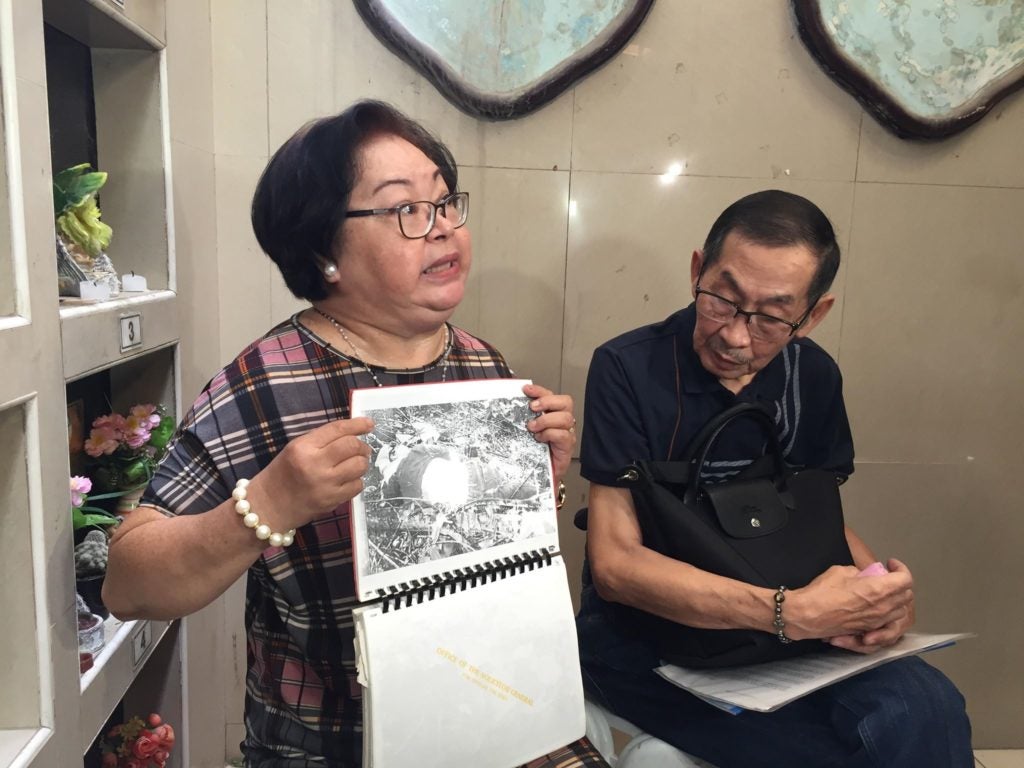 Thelma Chiong shows the case folder of the abduction-rape-slay case of her daughters Marijoy and Jacqueline in the wake of possible release of the Chiong 7 who were implicated in her daughters death and disappearance in 1997.

CEBU CITY, Philippines — The mother of Marijoy and Jacqueline Chiong told CDN Digital that the surrender of the two released convicts in her daughter’s death is a ‘new justice’ for her slain daughters.

Ariel Balansag and Alberto Caño, two of three convicts in the Chiong sisters’ abduction-slay case who were released through the controversial Good Conduct Time Allowance (GCTA), yielded to Bureau of Corrections (BuCor) authorities in Manila on Saturday morning, September 7.

While relieved by the surrender of Balansag and Caño,  the fact that the third convict, Josman Aznar, has not yet surrendered still bothered her, said Chiong.

She urged Aznar to surrender or else the police will go after him if he fails to surrender before September 19, the date set by President Rodrigo Duterte for all those freed under GCTA to give themselves up.

According to the Department of Justice (DOJ) in Manila, Aznar has expressed desire to surrender next week, a report from Inquirer.net said.

Thelma has strongly objected to the release of three of the convicts in her  daughter’s abduction and death in 1997 through the GCTA with the permission of recently sacked BuCor chief, Nicanor Faeldon.

She said that when they were released, the pain of losing her daughters resurfaced, because it was as if their long battle in court was wasted.

Only in July last year, during the 21st year of the disappearance of her daughters, Thelma Chiong has told Cebu Daily News that while the pain remains, she has forgiven those who were responsible for and convicted of the abductiona nd death of Marijoy and Jacqueline. 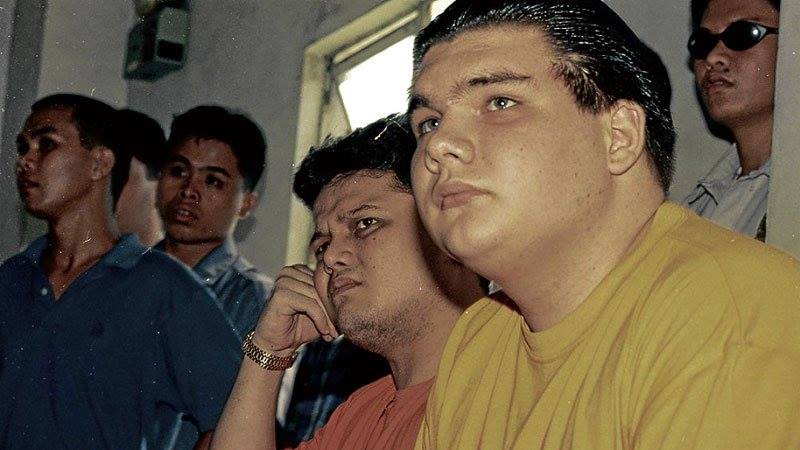 Two of the convicts in the Chiong sisters’ abduction-slay case, Josman Aznar and Paco Larrañaga during the trial of their case. \CDN File Photo

This did not mean, however, that the Chiong family would accept them being released from prison. The Chiong 7, as the convicts are collectively known, were meted the death penalty in 2004, except for one – James Andrew Uy – who was a minor at that time. Their penalties were commuted to life sentences when then President Gloria Macapagal Arroyo abolished the capital punishment in the Philippines.

All the convicts, except for Francisco “Paco” Larrañaga, were jailed at the National Penitentiary in Muntinlupa City. Larrañaga, who to this day has professed innocence, has been transferred to a jail in Spain by virtue of his being a Spanish citizen since his father is a Spaniard married to a Filipina. 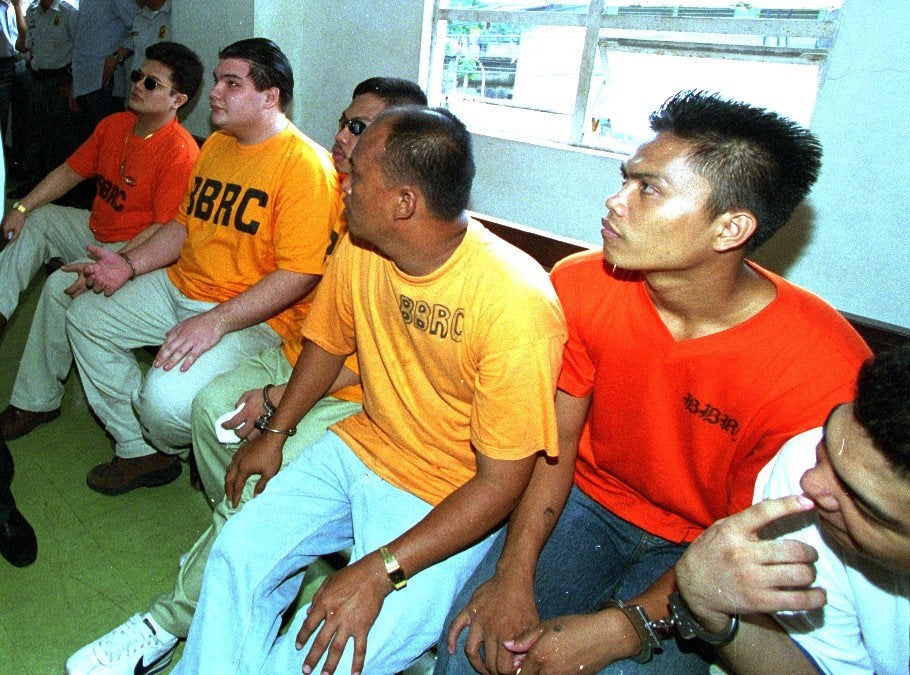 Of the convicts, Larrañaga and Aznar are scions of prominent Cebuano families.  Larrañaga is a direct descendant of the late president Sergio Osmeña Sr. while Aznar is a member of the landed Aznar clan of Cebu. 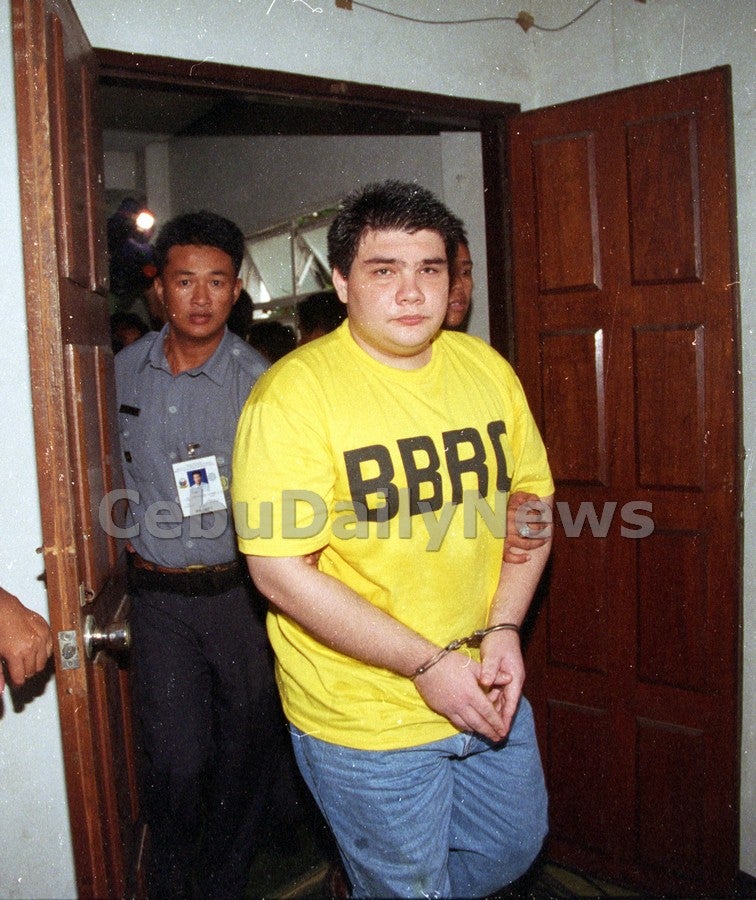 Francisco “Paco” Larranaga during his trial in Cebu.(CDN FILE)

President Rodrigo Duterte recently ordered the surrender of the 1,914 convicts freed through the GCTA and gave them 15 days to surrender before they will be rearrested as fugitives with a shoot to kill order to any convict who resists arrest.

Chiong said that the decision of the President is favorable to her including the sacking of Faeldon from BuCor.

She especially appreciated the P1 million bounty that the President has placed on the heads of convicts who refuse to surrender by September 19.

Yet she said she was not happy with how President Duterte praised Faeldon during his visit to Naga City, Cebu, on Friday, September.

The President, in his speech, described Faeldon as “tarong nga tawo” (upright man) despite having fired the former military officer over the GCTA law controversy.

Read more: Duterte on Faeldon: ‘I still believe in him’

She can only wish that Faeldon will never go back to BuCor because according to her, Faeldon failed to practice good discernment in releasing the convicts of heinous crimes, especially the “murderers” of her daughters.

Thelma also suggested that the National Bilibid Prison in Muntinlupa should practice segregation of convicts, separating those with higher sentences and convicts of heinous crimes from the convicts with lower sentences committing non-heinous crimes.

She also hopes that if the GCTA continues, a similar incident will never happen, and those who were jailed for heinous crimes will not be able to “walk freely among the innocent” again.

Meanwhile, both Cebu City Police and Cebu Provincial Police has not received information that Aznar is anywhere in Cebu, despite reports that he has gone home.

Three convicts already surrendered on Friday, while another convict surrendered to the San Francisco Police Station in Camotes Island on Saturday.

Alejandro Anana Arquillano, 56-year-old and a resident of Barangay Consuelo, San Francisco, is the fourth convict to surrender in Cebu. /elb