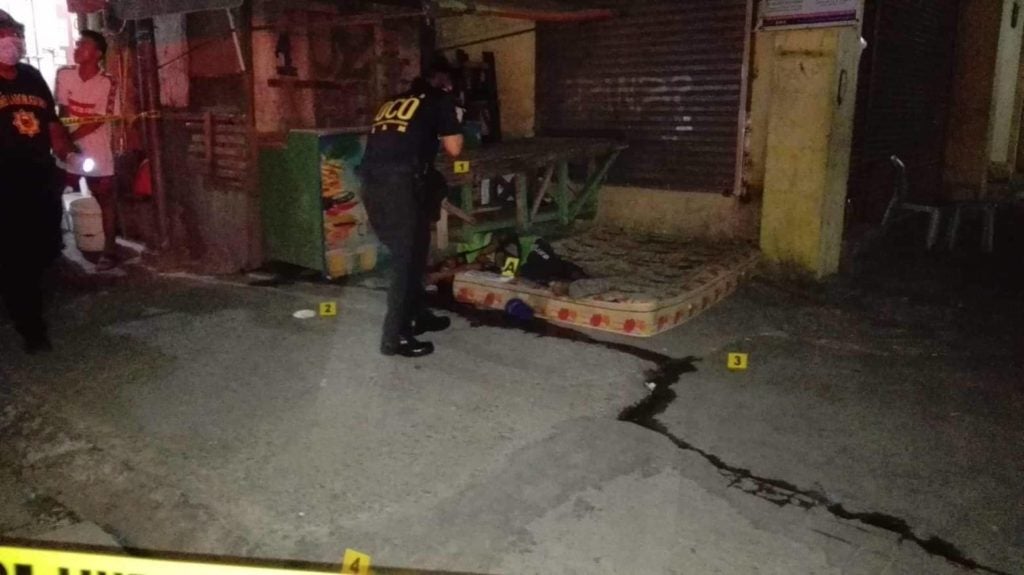 A member of the Scene of the Crime Operatives (SOCO) examines the crime scene where a dispatcher was shot dead on Monday night, September 9, 2019. | contributed photo

Residents in the area where the crime happened reported to the Mabolo Police station after they found the victim, later identified by the police as Marvin Baylon Anabia, 25 years old and a resident of Sitio Zapatera, Barangay Bario Luz, Cebu City, lying lifeless on a foam mattress at the sidewalk of the road.

Police Staff Sergeant Ador Bacalso, day desk officer of Mabolo Police, said initial investigation showed that Anabia, who was a dispatcher in the area where he was found dead, was killed after sustaining two gunshot wounds to his head.

Based on the testimony of residents near the area of the crime, they heard four gunshots before they found the body of Anabia sprawled on the mattress.

The police are also looking to get hold of copies of closed-circuit television (CCTV) footage from nearby establishments to further help their investigation.

Bacalso said investigators will also be looking into Anabia’s involvement with robbery, since, based on interviews from residents in the area, the victim was often involved in petty robberies.

Read Next
DTCC rebrands to Dancesports Academy of Cebu: ‘Transforming the youth through dance’