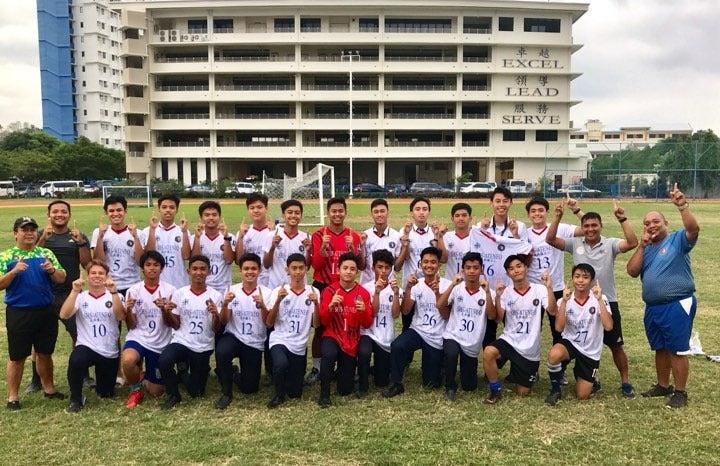 CEBU CITY, Philippines – “11 One for One” will be the battle cry of the defending champion Sacred Heart School-Ateneo de Cebu (SHS-AdC) Magis Eagles as they open their bid in the 19th Cebu Schools Athletic Foundation Inc. (Cesafi) junior football competition, Saturday, September 14, at the Cebu City Sports Center.

Number 11 is the jersey number of Christian Joseph Lumapas who passed away last month and to whom the Magis Eagles will be dedicating the entire season. “Throughout the whole season. They (the players) know already that all the games, we will dedicate to Christian,” said Ateneo head coach Oliver “Bingbing” Colina.

Colina added that they had visited Lumapas in the cemetery on Friday to offer some prayers.

And in their jerseys, they also have Lumapas’ no. 11 printed on the side in respect to a fallen teammate.

According to Colina, Ateneo will also be retiring jersey no.11 in honor of Lumapas.

Adding to the emotions of Ateneo’s first game is their first assignment which is their archrival Don Bosco Technical College (DBTC) Greywolves.

“We will do our best, try our best,” said Colina on their bid to defend their title. Colina mostly has new players on his lineup with only seven left from the old lineup but he is confident of having a champion team.

“Of course we can still do it. We just need to have discipline in every game,” said Colina.

While some of his players have graduated, some of them have also opted to no longer play and instead concentrate on their studies.

“We can’t stop them if they won’t play anymore because that is their choice. But what makes this nice is that other players are given a chance to step up,” said Colina.

He added that he opted to select younger players so that they can play longer in the Cesafi.

“Our short term goal is to treat every game as a championship game as this will be a league type. Long term is that whatever happens, there’s still a chance to bounce back or to improve,” said Colina.