Heinous crime convicts return to prison for fear of their lives 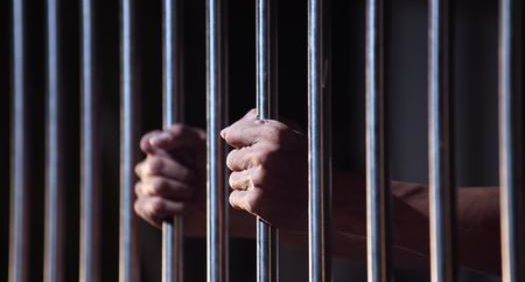 TAGBILARAN CITY, Bohol, Philippines — With P3,000 in his pocket, rape convict Melchor Jumamil was giddy when he was released for good behavior from the New Bilibid Prison (NBP) in April.

But he was crestfallen after his siblings told him that President Rodrigo Duterte ordered the convicts released under the good conduct time allowance law to surrender within 15 days or face the possibility of being shot by authorities as fugitives.

“Why would they want me to go back to BuCor (Bureau of Corrections) when I already served more than my 32 years,” said Jumamil, now 55.

But the fear for his safety prompted him to comply with the President’s directives.

Jumamil was 21 and a sophomore high school student at then Bohol School of Arts and Trade when he and eight others were accused of raping a neighbor.

But only he and Reynaldo Mercado, who was then 19, were arrested.

Both claimed they were innocent of the crime, but they were convicted and were sentenced to life imprisonment for rape with abduction.

Upon his release, Jumamil immediately went home to Bohol province, which he had not seen for 32 years, and was overjoyed to see how houses mushroomed among the tall buildings in Tagbilaran City.

“It changed a lot… I am no longer familiar with the place,” he said in Visayan.

But Jumamil now has to leave Bohol again.

Another convict, Marcial Auguis, 69, arrived in Bohol on Sept. 6 only to be told by relatives three days later that he had to go back to jail.

“I only spent a few days with my family and now they want me to go back. I don’t want to go back because life there was miserable,” he said.

Auguis was released from the NBP on Aug. 19 after spending nine years in jail for killing a relative.

He first visited his grandson in Cavite before deciding to go home in Barangay Villa Milagrosa in the island municipality of President Carlos Garcia in Bohol.

But his happiness was short-lived since he had to go back to prison less than a week after arriving home.

Like Auguis, Nemesio Bacalso, 66, also did not want to go back to jail but had no choice.

“I only have a few years left to live. I just want to enjoy the remaining years of my life,” the convicted rapist added.

For him, he had already paid for his crime and could only wish that he would finally be sent home, for good.