Of transformations and make-overs: When journos do the ‘pageant walk’ 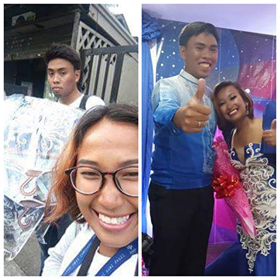 CEBU CITY, Philippines – Their transformation began the moment they accepted the challenge.

Both placed third runner-up during the coronation night held on September 14, Saturday, at Cebu Business Hotel.

But it wasn’t about them winning or losing that made the difference: It was letting go of the notion that “I am not good enough,” “I am not beautiful,”  “I’m too short,” “It can’t be me; It can’t be me,” and “I don’t have the looks.”

The Mister and Miss Press Freedom precedes the formal opening of the Cebu Press Freedom Week, now on its 27th year, held every third week of September. For this year, amid the challenges faced by the news media industry,  the celebration carries the theme: “Journalism Transformations.”

But while not taking light of the state of the media industry, and the need for news organizations to adopt to the fast-changing news consumption habits of the public from print to digital, the Mister and Miss Press Freedom contest allows journalists to have a little fun and do their own “transformations.” Literally.

The contest is like an appetizer – a good way  to start a week that  brings together Cebu’s media practitioners who normally compete for readers’ attention and audience reach.

Journalists who do serious reportage and live the harried life of running after fires, police operations, watching and recording history unfolds, covering landslides, and sifting through policy statements of local and national officials get to shed off that persona for a few hours, take off the tattered jeans and shirts that have seen better days, and don gowns and suits.

In the case of Abatayo and Francisco, in between assignments and coverages, they had to learn the “pageant walk” from Mister Grand Leyte 2017 Emmanuel G. Dador, a Cebu-based model.

“Rosalie is a fast learner since she is determined to learn despite the 6-inch heels,” Dador told CDN Digital.

Abatayo was wearing a pair of pageant shoes designed by Mark Anthony Tenchavez, the owner of Shandar, whose shoes are a must-have for many a beauty queen and pageant aspirants.

For Francisco, he already showed his confidence during their training. “He only had to learn the basic skills for pageant walk,” Dador added.

Abatayo fell a number of times during the practice walk. But just like in real life, and as the famous Frank Sinatra song goes, when you fall, “take a deep breath” and “pick yourself up, dust yourself off, and start all over again.”

Both became more confident during the coronation night with the magical hands of Cebuano makeup artist Nicko dela Peña. Dela Peña said Abatayo’s pageant makeup enhanced her morena skin tone and confidence, especially that she is a shy girl. 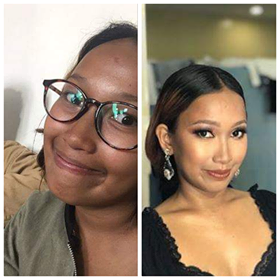 “The makeup has given her the other side of herself na ma feel niya mas confident sya in front of people,” he said.

(The makeup has given her the other side of herself and to let her feel that she has the confidence in front of people.)

On the other hand, Dela Peña gave Francisco simple grooming to boost his confidence.

The second segment showcased Abatayo and Francisco’s work as journalists. Abatayo who is a Capitol beat and multimedia reporter has been covering President Rodrigo Duterte’s visits in Cebu. She wore a white polo and formal black pants during the second segment. For Francisco, he had a photojournalist vest care of former CDN’s chief photographer and veteran photojournalist Tonee Despojo.

The show’s third segment showed that they can also carry Filipiniana Terno and Barong Tagalog, designed by Nars Ochia. Both unexpectedly showed their chemistry when Francisco kneeled to welcome Abatayo on stage.

The journalists turned serious during the question and answer portion, as they reached into their own personal experiences and tell their own take on how it is to practice ethical journalism amid the changing landscape; and why journalism remains a fulfilling career despite the odds.

Still,  just because journalists do serious stuff, it does not mean they can’t have fun. 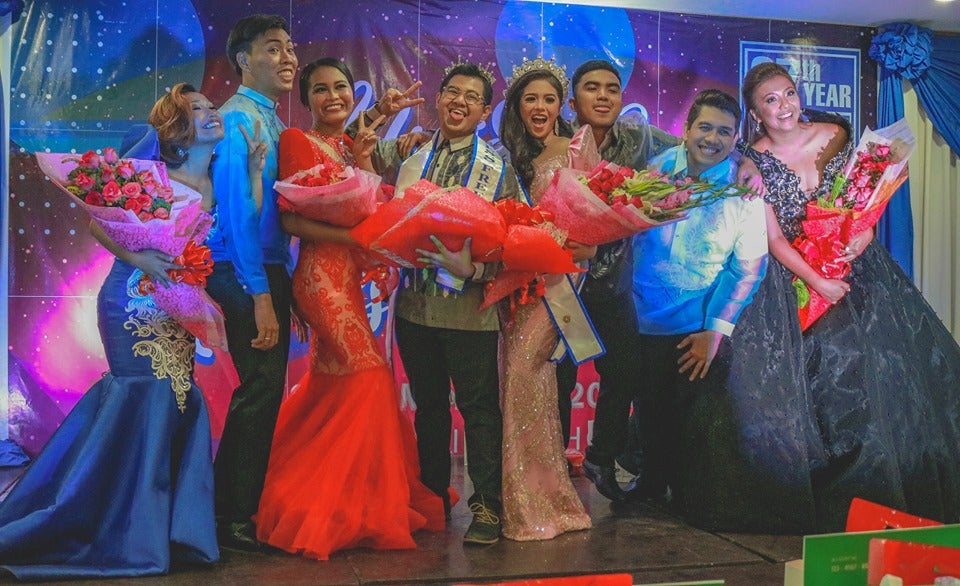 This year’s Mister and Miss Press Freedom are John Kendrick Ceciban and Ana Preciosa Bacalso who represented The Freeman and Banat News. Bacalso is an entertainment reporter of Banat News while Ceciban works as an online staff of The Freeman. Named first runners-up are Donna Lavares and Kenneth Dwight Torres. Lavares is a reporter of ABS-CBN Cebu representing the Kapisanan ng Broadcaster ng Pilipinas (KBP) Cebu while Torres works as an online staff of Sunstar Cebu. Completing this year’s court are Wenilyn Sabalo and Joworski Alipon who placed second runners-up. Sabalo is the police beat reporter for SunStar Cebu while Alipon is a reporter from ABS-CBN Cebu.

Mister and Miss Cebu Press Freedom Week 2019 is one of the activities before the official kickoff of Cebu Press Freedom 2019 on September 15, Sunday. The show was staged by Banat News’ Jaypee Lao and choreographed by CDN Digital’s Michelle Joy Padayhag. The annual search is organized by the Cebu Entertainment Group with its president Yuri Deldig of GMA Cebu. /elb