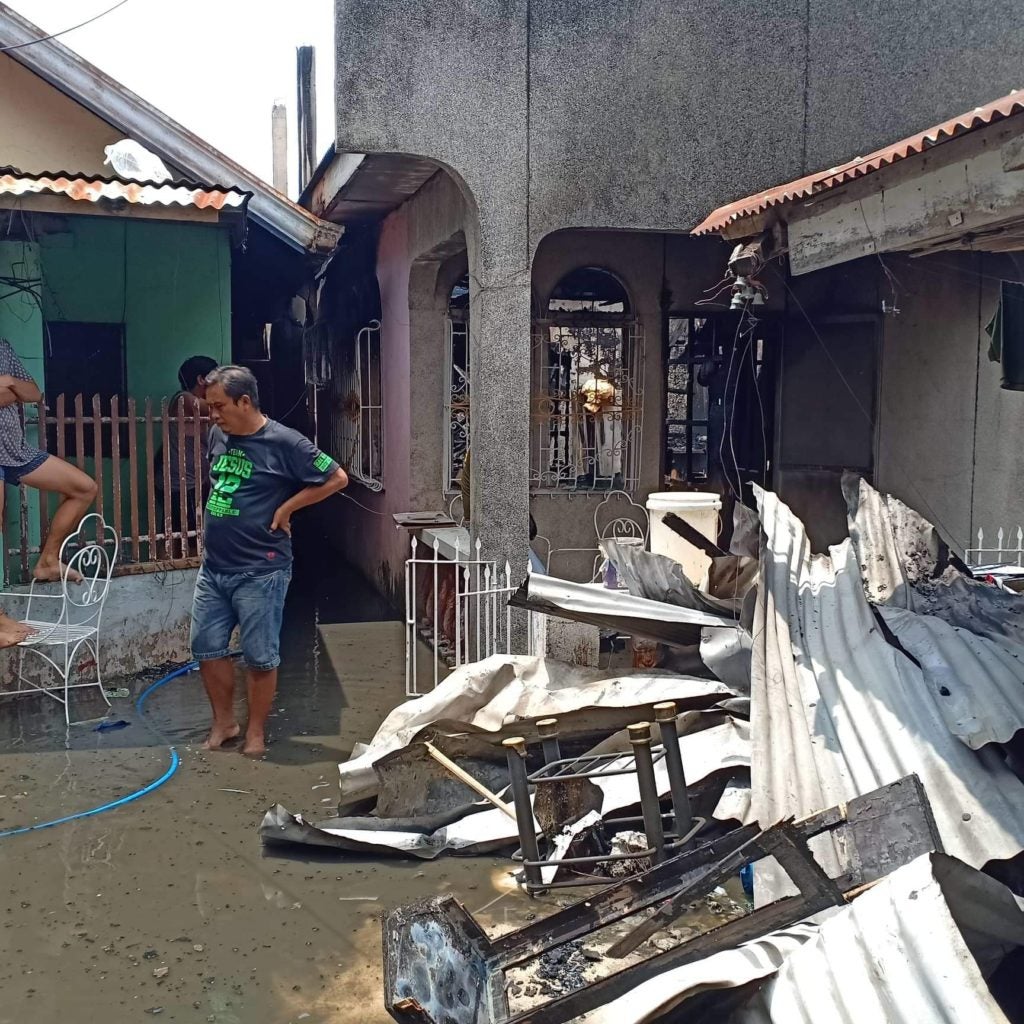 The two-storey house of Inoferio Anhao was burned down in a fire on Monday morning, Deptember 23, 2019. | contributed photo

CEBU CITY, Philippines —A five-year-old boy perished while his father got injured in a fire that burned down a two-storey house in Sitio Proper, Barangay Agus, Lapu-Lapu City on Monday morning, September 23, 2019.

Injured during the fire that was reported at 9:17 a.m. was Freddy Anhao, who got hurt while trying to save his child who was trapped inside the burning house. The child didn’t make it out alive.

The Bureau of Fire Protection (BFP) in Lapu-Lapu City said the possible cause of the fire is faulty electrical wiring. 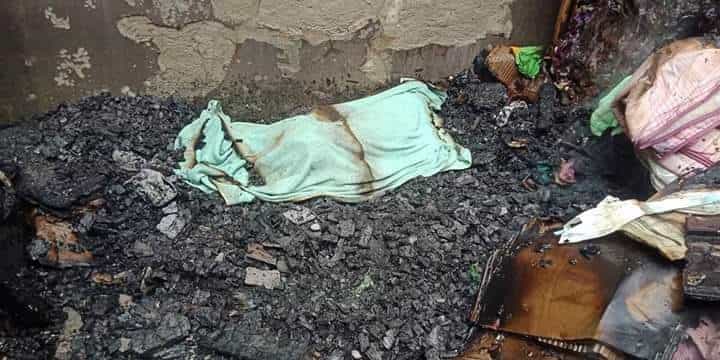 The body of the five-year-old boy who perished in a fire in Lapu-Lapu on Monday, September 23, 2019, is covered with a blanket. | contributed photo

According to Fire Officer 1 Mildred Villaban, desk operator of Barangay Gun-on fire station, the estimated property damage on the house of Inoferio Anhao is at P120,000.

Inoferio is the uncle of Freddy.

The house beside the Anhao residence was also partially damaged due to the fire. /bmjo

Read Next
Palace: Work in Executive Branch only until 3 p.m. on Sept. 23