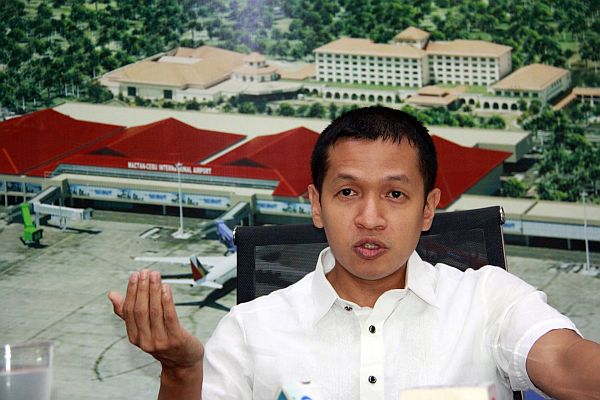 SANTA FE, Bantayan Island — The Cebu provincial government and Mactan Cebu International Airport Authority (MCIAA) will renegotiate the terms for the development and upgrading of the Bantayan Island Airport into a commercial airport.

Cebu Governor Gwendolyn Garcia and MCIAA General Manager Steve Dicdican signed on Monday, September 30, a Memorandum of Agreement (MOA) which nullifies the 2018 agreement between the province and MCIAA for the development of Bantayan Island Airport.

Bantayan Island Airport, which sits in a 29-hectare province-owned property in Sta. Fe town, is presently classified as a community airport. It caters to chartered flights and the 12-seater plane of Air Juan Airlines that fly up to three times a week.

Under the MOA, Cebu province and MCIAA will continue to fulfill their obligations to develop the Bantayan Island Airport until a new MOA replacing the 2018 agreement will be entered into.

The MCIAA will continue its improvements in the airport to meet the standards of the Civil Aviation Authority of the Philippines (CAAP) including its P94.4 million project for the lengthening and paving of the runway and over P3 million ongoing project to improve its terminal.

The project will add another 300 meters to the existing 900-meter runway of the airport in order to cater to more airborne vehicles.

Dicdican said they target to complete these developments by mid of 2020.

“We will continue to operate Bantayan Airport as a community airport for a while after that until we deem that it is already feasible to develop it into a commercial airport,” Dicdican said.

Meanwhile, Cebu province, as a partner in developing the airport to become a commercial airport, commits to procure more lots in the vicinity of Bantayan Island Airport as a preparation for its future expansions.

Dicdican added that they look forward for the conversation of Bantayan Island Airport into a commercial airport “in the near future” as they expect its income and revenue to drastically improve with the completion of their pending improvements.

“I am very optimistic and we have barely scratched the surface, but we are already almost able to meet our operating expenses. With a little marketing effort, promotions, tabangan nato ang airlines and panindoton nato ang airport, we can really do more,”Dicdican said.

Dicdican said they were projecting the airport to earn at least P1 million in 2019.

This is still lower than their average annual operating cost of P1.5 to P2 million but Dicdican said it is already a leap since the airport was barely earning P40,000 annually in 2017./dbs