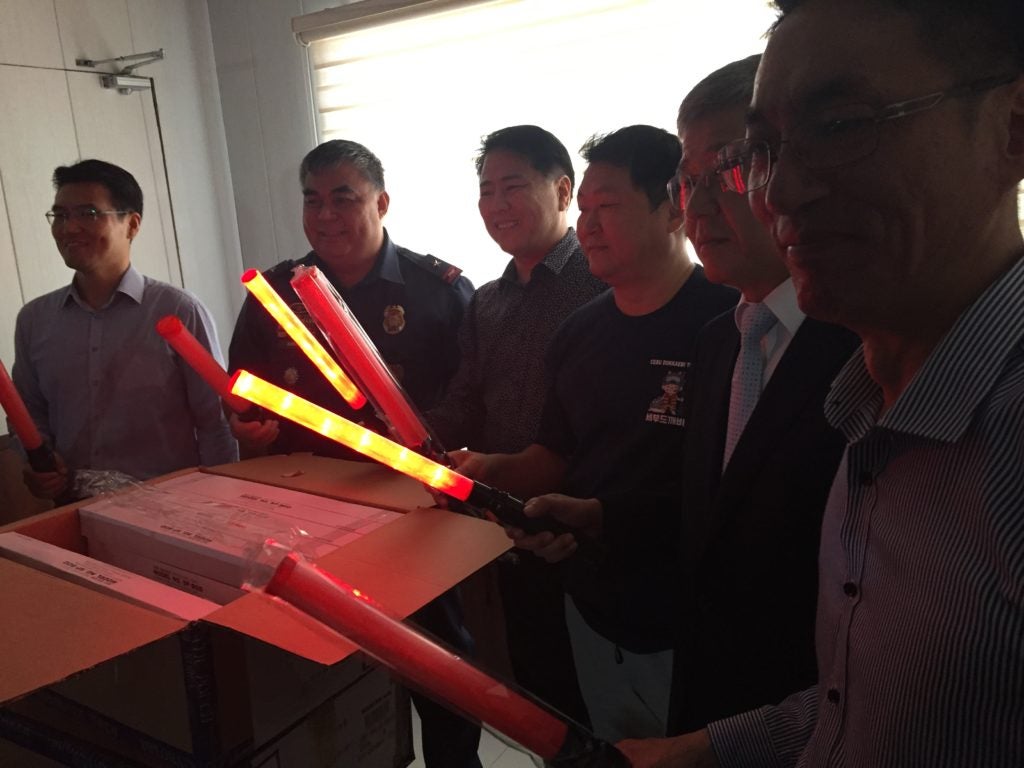 The Korean Consulate in Cebu turned over a donation of 300 batons to the Police Regional Office in Central Visayas (PRO-7) earlier today, October 2. | Delta Letigio

The donation was in accordance with the Memorandum of Understanding which the Consulate office and PRO-7 signed in 2018 to ensure coordination and mutual support.

Police Brigadier General Debold Sinas, PRO-7 director, said the batons will be assigned to traffic policemen and those who will be tasked to do checkpoints at night because these glow in the dark.

The Korean Consulate is also set to make another donation of 33 motorcycles to PRO-7 next week while a police delegation from Chungnam province in South Korea is set to visit Cebu on October 24.

Heo Jin, Vice Consul of the Korean Consulate in Cebu, said the donations were gesture of the trust that South Korea or the Republic of Korea has for PRO-7.

Their government, he said, is confident that the local police force will be able to ensure the safety of their nationals who come to Cebu either for business of leisure.

“The Korean Consulate has the confidence in the Police Regional Office 7. I wish this (our donation) can strengthen the relationship between the Korean community and the Philippine police,” said Heo Jin in an interview after the turnover ceremony.

South Koreans are among the largest tourists groups in Cebu with at least 800,000 tourists visiting the province in 2018 according to data released by the Department of Tourism in Central Visayas (DOT-7).

There are also at least 20,000 Korean nationals who now work and live in Metro Cebu, the report says.

Sinas said that 100 of the 300 batons will be issued to the Lapu-lapu City Police Office (LCPO) for use especially by policemen who are assigned to man traffic at the vicinity of the two Mandaue-Mactan bridges.

The other batons will be issued to the Cebu City Police Office and the police stations in Talisay City and Consolacion town.

(We will not be giving batons to localities outside of Metro Cebu because these are especially useful in heavily congested areas.) / dcb