16 injured after driver loses control of his brakes, rams passenger multicab into post 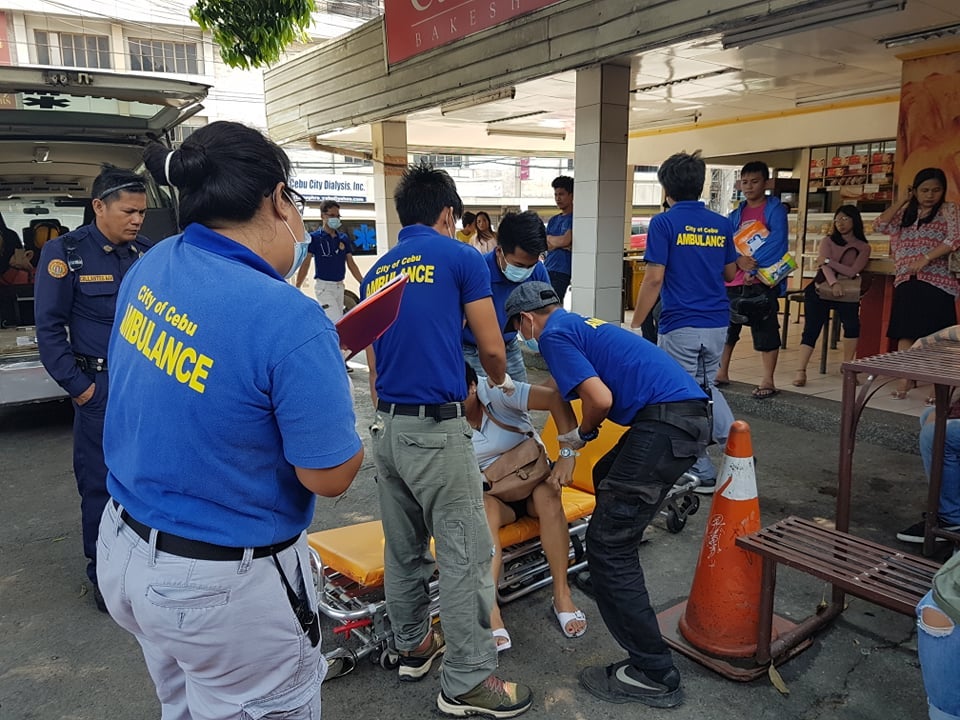 CEBU CITY, Philippines – A passenger multicab that was transporting at least 16 passengers rammed an electric post located at the corner of Gorrordo Avenue and N. Escario Street in Cebu City at around 11 a.m. today, October 5.

Driver Charles Rey Dugoy, 20, said that he lost control of his brakes as he was supposed to make a stop at a traffic light located at the intersection of the two roads.

Dugoy, who was plying the Lahug-SM route, said he tried to maneuver his unit to the left and rammed into a nearby post to avoid from hitting other vehicles in the area.

Emergency personnel have responded to the accident site to give first aid treatment to Dugoy’s passengers who were complaining of headaches and body pains. Two of them were brought to the Vicente Sotto Memorial Medical Center for checkup.

Patrolman Jun Carlo Dy of the Traffic Patrol Group  (TPG) of the Cebu City Police Office (CCPO) said that Dugoy may be faced with a suspension of his  drivers’ license and the payment of certain penalties following the accident. / dcb