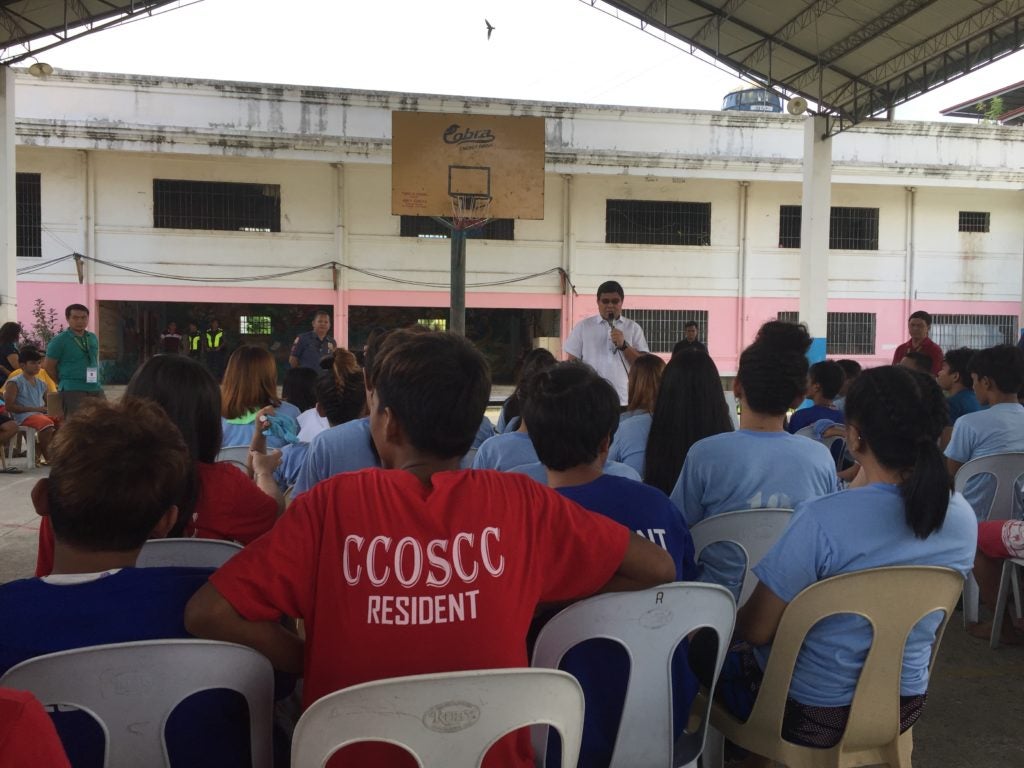 Cebu City Mayor Edgardo Labella visits the Operation Second Chance in Barangay Kalunasan on Wednesday, October 9, 2019, to check on the status of the place and fulfil the request of children in conflict with the law (CICLs) held at the facility for  fastfood chicken and spaghetti. | CDND Photo / Delta Dyrecka Letigio

CEBU CITY, Philippines — Cebu City Mayor Edgardo Labella gave the management of the city-owned Operation Second Chance, a center for children in conflict with the law (CICL), 10 days to locate the remaining five CICLs who are still missing after their escape from the facility on October 4.

If the management fails to find the children and bring them back to the facility,  they may be charged for infidelity in the custody of prisoners, the mayor said.

Under Article 224, Section One of the Revised Penal Code, “If the evasion of the prisoner shall have taken place through the negligence of the officer charged with the conveyance or custody of the escaping prisoner, said officer shall suffer penalties of aresto mayor in its maximum period to prison correctional in its minimum period and temporary special disqualification.”

The mayor said that 10 days is a reasonable time to find the missing children.

“There will be sanctions that will be imposed on those custodians. Ato lang sila hatagan og higayon, tutal (We will give the custodians a chance because) these (children) are not hardened criminals, they are not exactly a danger to society. Under the eyes of the law, they are still minors,” said Labella.

The city has also assigned additional ten guards to the facility while the Cebu City Police Office (CCPO) stationed two policemen to help secure the place.

The mayor visited the facility on Wednesday, October 9, 2019, to check on the status of the place and fulfil the request of the children for fastfood chicken and spaghetti.

He also wanted to talk to the six CICLs who who among the 11 who escaped on October 4, but were  rescued by the police or surrendered by their parents back to the facility.

He urged the children to focus on the study program provided at the center.

“The children residing here, most of them (or) at least 70 to 80 percent, face cases on drugs,” noted the mayor.

Labella said he planned to conduct a drug summit in Cebu City and invite parents in a series of sessions with stakeholders such as the police, Church leaders, and the city government  to discuss ways to solve the drug problems.

As for Operation Second Chance, the mayor mulled adding more security and social workers in the facility to help manage the children. /elb

Read Next
2 dead, two nabbed in Cordova drug bust; two others, one a rogue cop, hunted