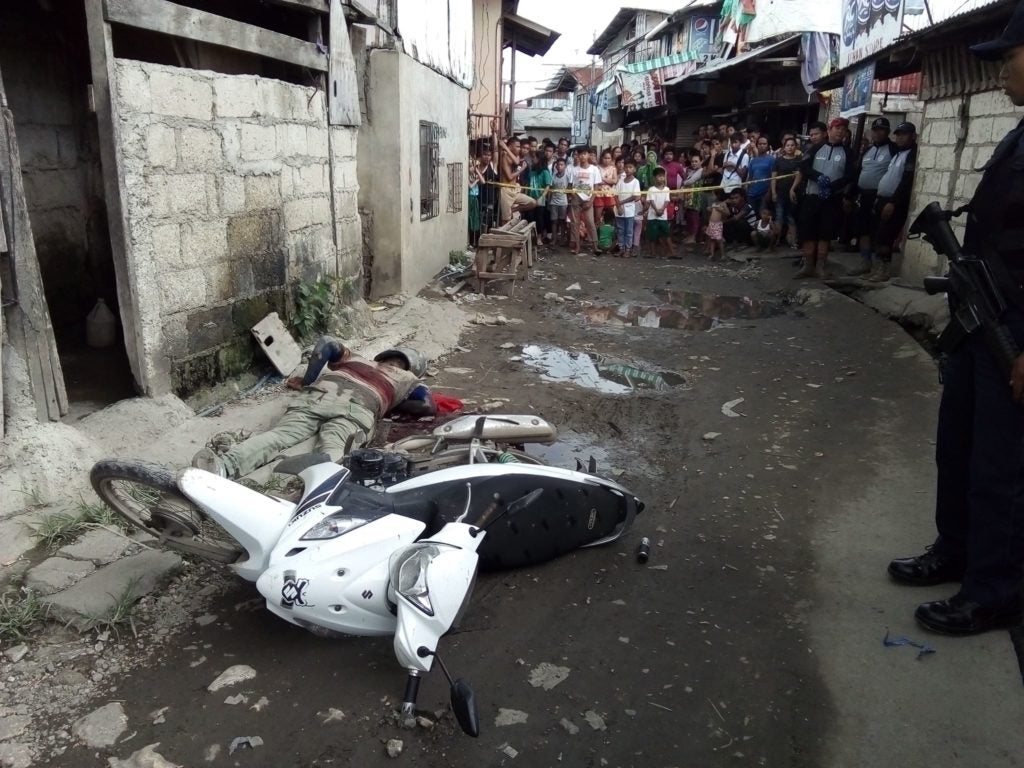 The body of the victim, initially identified by neighbors as Gagan Deo Singh, is sprawled on the ground in Sitio Iba, Barangay Basak, Lapu-Lapu City. CDN Digital photo | Norman Mendoza