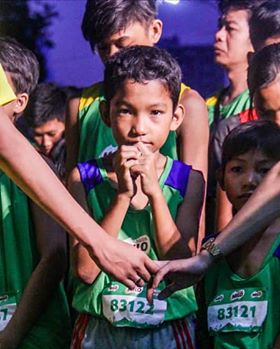 Francisco’s photo of a boy garbed in his Milo singlet praying at the starting line of the marathon while waiting for the starting gun to fire off topped the list of all judges,  Cebu leg Milo marathon organizer Ricky Ballesteros told CDN Digital on Thursday, October 17, 2019.

Ballesteros added that the story that the photo told was in line with Milo’s thrust of letting the children start early in sports so they can learn character forming values.

“This was a great opportunity for me to improve my skills as a photographer. I’m still fairly new into this type of craft, but I’m glad I was able make most of this opportunity,” said the 21-year-old Francisco.

Francisco just earned his journalism degree  at the University of San Jose Recoletos (USJ-R) last March.  A former intern and correspondent of CDN before the daily newspaper ceased its print publication and migrated to fully digital operation last January, Francisco was hired by CDND as a photographer-videographer last May.

“I dedicate the win to the editors and reporters of CDN Digital for giving me a chance, despite me not having a lot of experience in photography. Although I am learning things on the fly, it is them that inspires me to do better each and every day,” said Francisco.

Francisco received a plaque and a cash prize of P12,000. 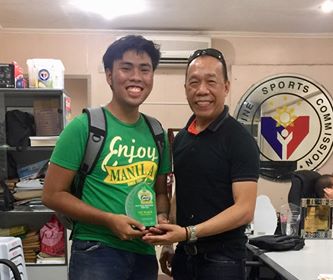 Placing second to Francisco was former CDN photographer Lito Tecson who submitted an entry to The Freeman. The third place went to  Kent John Bantiacila of Zoominglife.

Three photos of The Freeman’s Aldo Banaynal also entered the top 8 (4th, 5th and 8th); while 6th place was Iste Sesante Leopoldo of Zoominglife.  Another photo of Batiancila placed 7th.

Topping the sportswriting contest in the English category was Lemuel Maglinte of The Freeman; second place was Calvin Cordova of Manila Bulletin; and Caecent Magsumbol, also of The Freeman, in third place.

First place in the Bisaya category was Yoyo Abayan of Banat News, second placer was Erwin Lirazan of the SuperBalita and third placer was Rommel Manlosa of the iNews.ph/elb

Read Next
5 persons killed by 6.3 magnitude quake in Mindanao