Two-year-old Chrisjoy Chuan Roda was reported to be sleeping when a block of cement from a falling wall hit him during the quake in their house in San Isidro village of Magsaysay town, according to Anthony Allada, information officer of Magsaysay.

In Malawanit village also in Magsaysay, the quake caused a landslide that buried a house, killing Argen Abundo, a mother of the nine-month-old boy Jay Lakay who perished with her, said Allada.

Earlier, a seven-year-old girl was pinned down by the concrete wall of their house in Barangay Damawato, Datu Paglas town after the wall collapsed during the earthquake, Tulunan vice mayor Maureen Villamor said.

Barangay Damawato sits at the border of Datu Paglas with Tulunan, Cotabato, where the Philippine Institute of Volcanology and Seismology traced the epicenter of the quake. 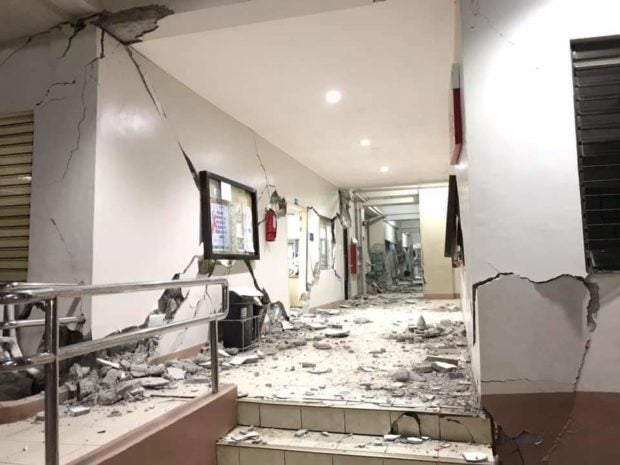 The girl was rushed to a hospital along the border of Datu Paglas and Tulunan but was declared dead upon arrival there, according to Earnie Diaz, Municipal Disaster Risk Reduction and Management Officer of Tulunan.

In nearby Mlang, a certain Tony Pananggulon also died due to heart attack during the quake, according to Mlang Vice Mayor Joselito Piñol.

Phivolcs traced the epicenter of the quake some 22 kilometers southeast of Tulunan, where the quake was felt at Intensity 7.

Magsaysay Mayor Arthur D. Davin issued an advisory calling off classes and work at the municipal hall to ensure safety and allow local officials to assess the damage.