CPPO: This is the last Ozamis rob group operating in Cebu 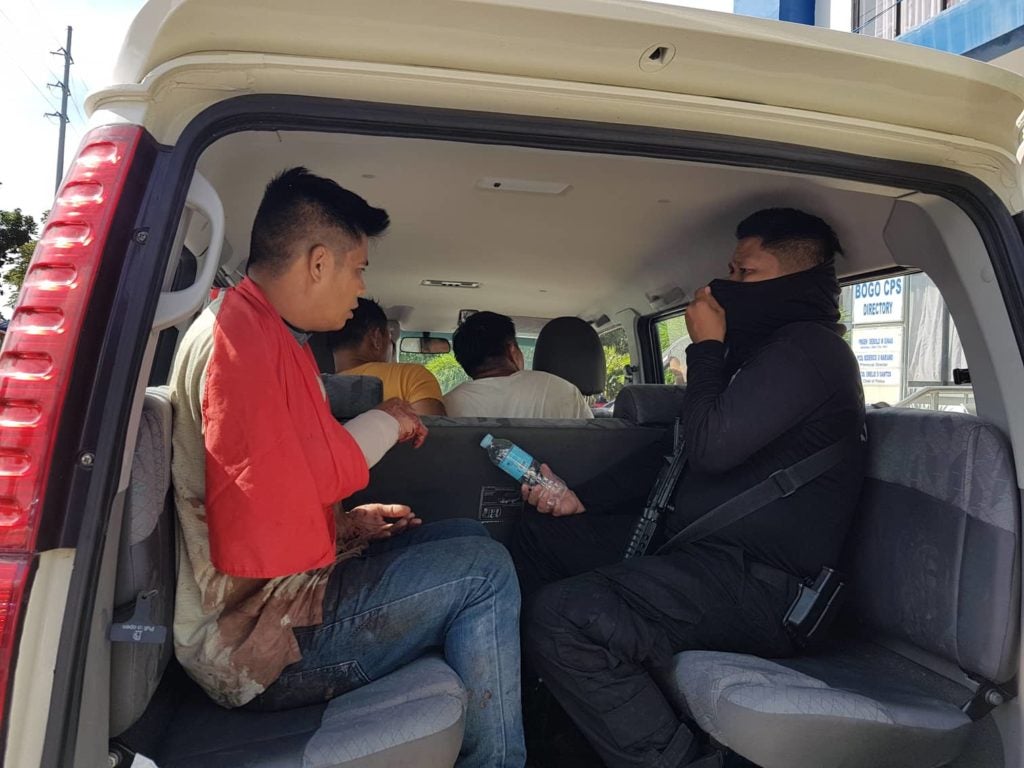 The five suspects arrested in Bogo City are readied for transport from Bogo City to Mandaue City at past 2 p.m. of October 20, 2019. | Alven Marie A. Timtim

CEBU CITY, Philippines — There is no other Ozamis robbery group in Cebu.

This after the police authorities arrested five and killed four of the men involved in the robbery inside J Centre Mall, Madaue City, on Saturday night October 19, 2019. The robbers were believed to be member so the notorious Ozamis robbery group.

(The group’s luck already ran out and so they were caught.)

According to Mariano, they had not monitored any other Ozamis groups operating around Cebu aside from the ones whom they had captured.

Hoping that the other three or four persons at large and part of the group would be caught soon, Mariano said that they would continue to intensify checkpoints and monitoring to trace the whereabouts of the suspects and arrest them.

On the other hand, Police Colonel Ildebrandi Usana, deputy regional director for administration of Police Regional Office in Central Visayas (PRO-7), said that the groups arrested were known to be involved in different criminal activities in Ozamis.

“Walang pagkakaiba sa remnants nila (They were no different from the remnants of their group),” said Usana.

Usana said that these groups were ready to declare an all out fight against the law enforcers and were confident on challenging the authorities in any city and the municipality they resided for operation purposes.

Usana said the proliferation of the entry of drugs in Cebu might also be one of the reasons why these groups came to Cebu.

However, he said they still had to confirm if these reports were factual.

Meanwhile, with the group’s arrest, Usana commended the efforts of the police force that resulted to the successful operation./dbs