MANILA, Philippines – The ongoing feud between the Barretto sisters appears to be far from over.

“Marjorie did not invite my mom to the gathering, and that’s what caused my dad’s attack,” Gretchen wrote in response to a netizen who noticed the absence of their mother Estrella “Inday” Barretto in the late patriarch’s birthday party, as seen in an Instagram story Monday. 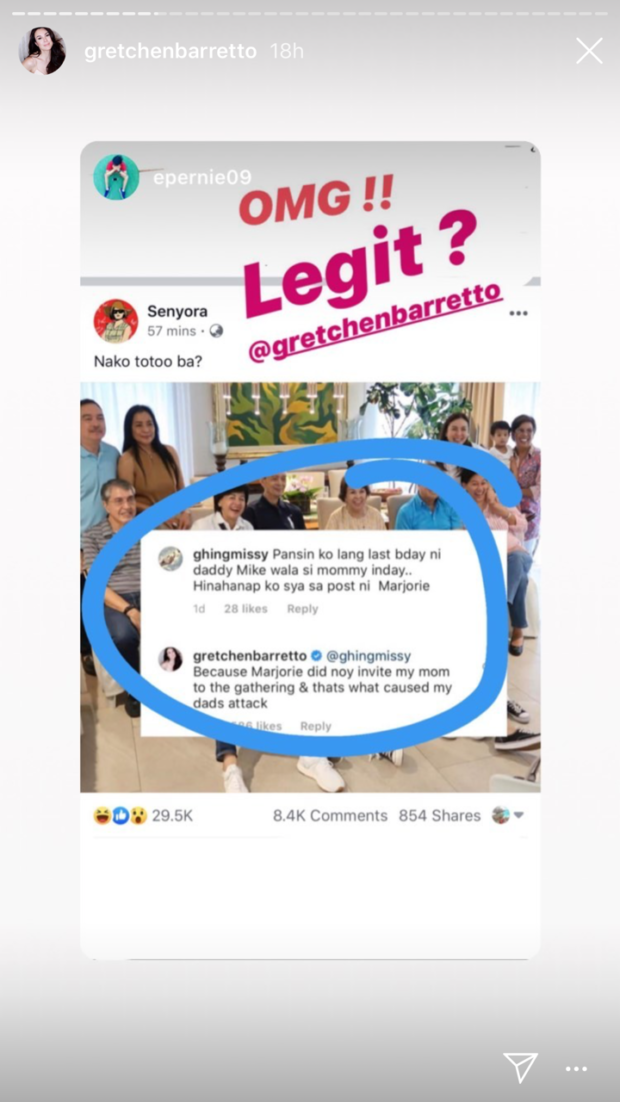 INQUIRER.net has tried to reach Marjorie for her side but has yet to reply as of posting time.

The Barretto sisters’ father, Miguel passed away last October 15 at the age of 82, two weeks after his birthday celebration took place.

Marjorie belatedly shared over her Instagram account photos from their father’s birthday party, but none of which included the sisters’ mother.

After years of being estranged from both her parents, Gretchen sought to reconcile with her mother during Miguel’s wake.

But it seemed to worsen the long-standing feud within the family after a reported altercation and scuffle between the Barretto sisters during the wake.

The celebrity Barrettos then took the battle to social media with Gretchen and Claudine clashing with Marjorie and her children, including actress Julia. /gsg

READ: Gretchen Barretto lashes out at Julia coming to defense of mom Marjorie