Jayson Castro out at least 3 weeks with muscle strain 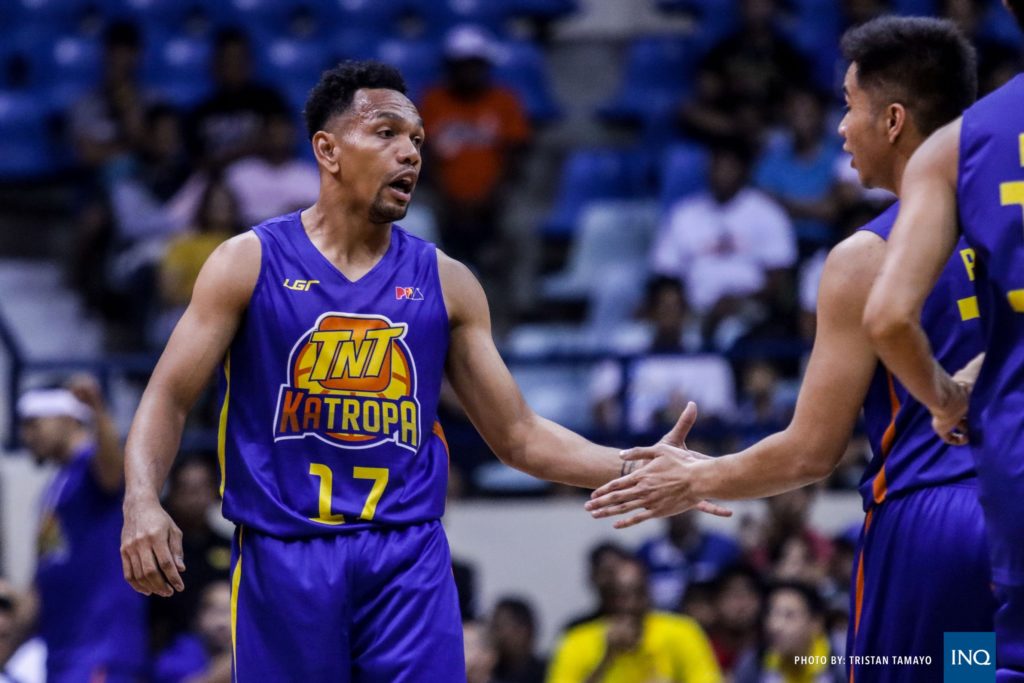 MANILA, Philippines–Jayson Castro is set to miss at least three weeks following a right foot injury that led to an early exit in TNT’s 126-113 loss to NLEX on Friday night.

“His achilles tendon is intact,” said Cui, clarifying the extent of the damage to the guard’s foot.

Castro, who had two rebounds in six minutes of action on Friday, will need rest and rehabilitation.

TNT absorbed its first defeat in the season-ending Governors Cup to its sister team NLEX, which formalized its entry to the playoffs with the decision.

KaTropa are set to face last season’s troika of champions, San Miguel Beer, Magnolia, and then Barangay Ginebra, in their coming games.

Read Next
Labella: Cebu City is safe; ambush-slay of Clarin mayor not a cause for alarm