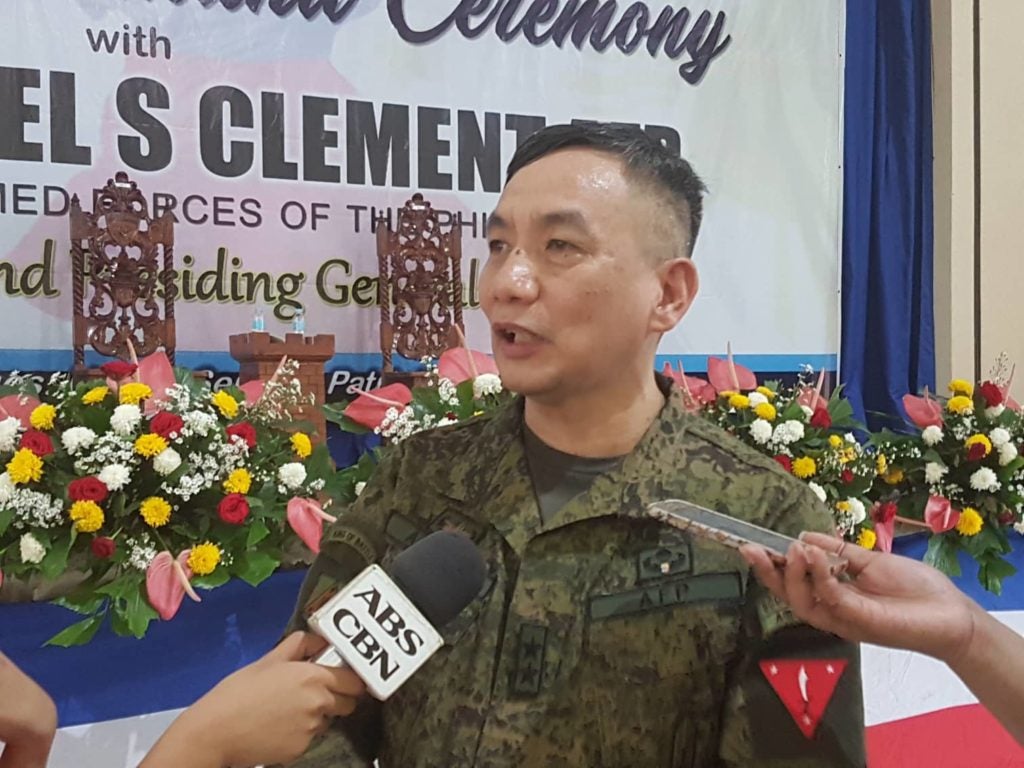 Major Genral Roberto Ancan, the new commander of the Armed Forces of the Philippines (AFP) Central Command, is interviewed by members of the media in this file photo.

CEBU CITY, Philippines–The new commander of the Armed Forces of the Philippines (AFP) Central Command in Camp Lapu-Lapu, Barangay Lahug, Cebu City, will focus on fighting insurgency in Central Visayas as he officially took his post on Thursday morning, October 31, 2019.

Major General Roberto Ancan of the First Infantry Division of the Philippine Army in Western Mindanao replaced Major General Dinoh Dolina, officer-in-charge of the Central Command, who was assigned in the post for about a month after the appointment of General Noel Clement as the AFP chief of staff last September.

In his speech during the Change of Command Ceremony on Thursday morning, Ancan encouraged the rebels and communist groups to surrender their firearms and go back to the law of the government.

He said the government have many programs that would help them the moment they choose peace.

“All I want is to have peace in our region so that the delivery of the basic services of the government will be pushed through,” said Ancan.

However, Ancan warned the rebels that if they would choose to continue threatening the safety of the community, the army will be willing to fight to gain the peace that is aspired by the people.

“Manaog sila (If they come down) and let’s talk about peace, magtinabangay kita (let’s help each other out),” said Ancan.

Meanwhile, Clement told the reporters in a separate interview that he has advised Ancan to continue putting pressure to the groups the AFP are currently confronting in Visayas.

He said the AFP had to work hard to stop the spreading of insurgency before the President Rodrigo Duterte’s term would end.

Clement said he is confident that Ancan would be able to perform his duties and resposibilities well, as he has an ample enough experience to lead the Central Command.

Ancan was a member of the Philippine Military Academy (PMA) Hinirang class of 1987 and underwent different trainings such as Basic Airborne Course, Scout Ranger Course and Explosive Ordnance and Disposal Course, among others. /bmjo