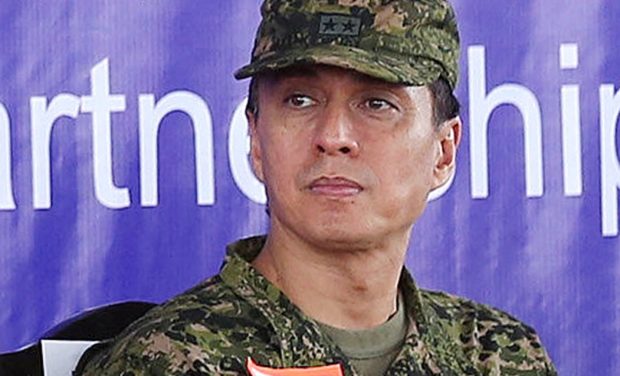 CAGAYAN DE ORO CITY, Philippines —An army general who has earned his spurs fighting the communists has been by President Rodrigo Duterte as the next Armed Forces Chief of Staff.

“I am honored with the designation and nagpasalamat tayo kay President for giving me his trust and confidence,” Clement told reporters in Cebu.

Clement is the six AFP chief of staff appointed by President Duterte during his term.

Usman who carried a US$1 million bounty, was killed by fellow terrorists on the same year.

He was raised in Davao where his father works at the DOLE Philippines.

Clement was also named as one of the respondents in the disappearance of activist-agriculturist Jonas Burgos when he was still the commander of the 56th Infantry Battalion in Bataan.

The general, who was later cleared of the charges, denied any involvement to the Burgos case saying it is an old case.

“That’s a very old issue and I will not honor them by answering that. They did not even have any iota of evidence against me,” Clement said.

Clement said he will pursue the AFP campaign against the communist rebels but this time with the involvement of the entire Filipino people.

“Hindi puwedeng yung armed forces lang or yung local government units lang. This is a national problem so we have to address as a people,” Clement said. /elb