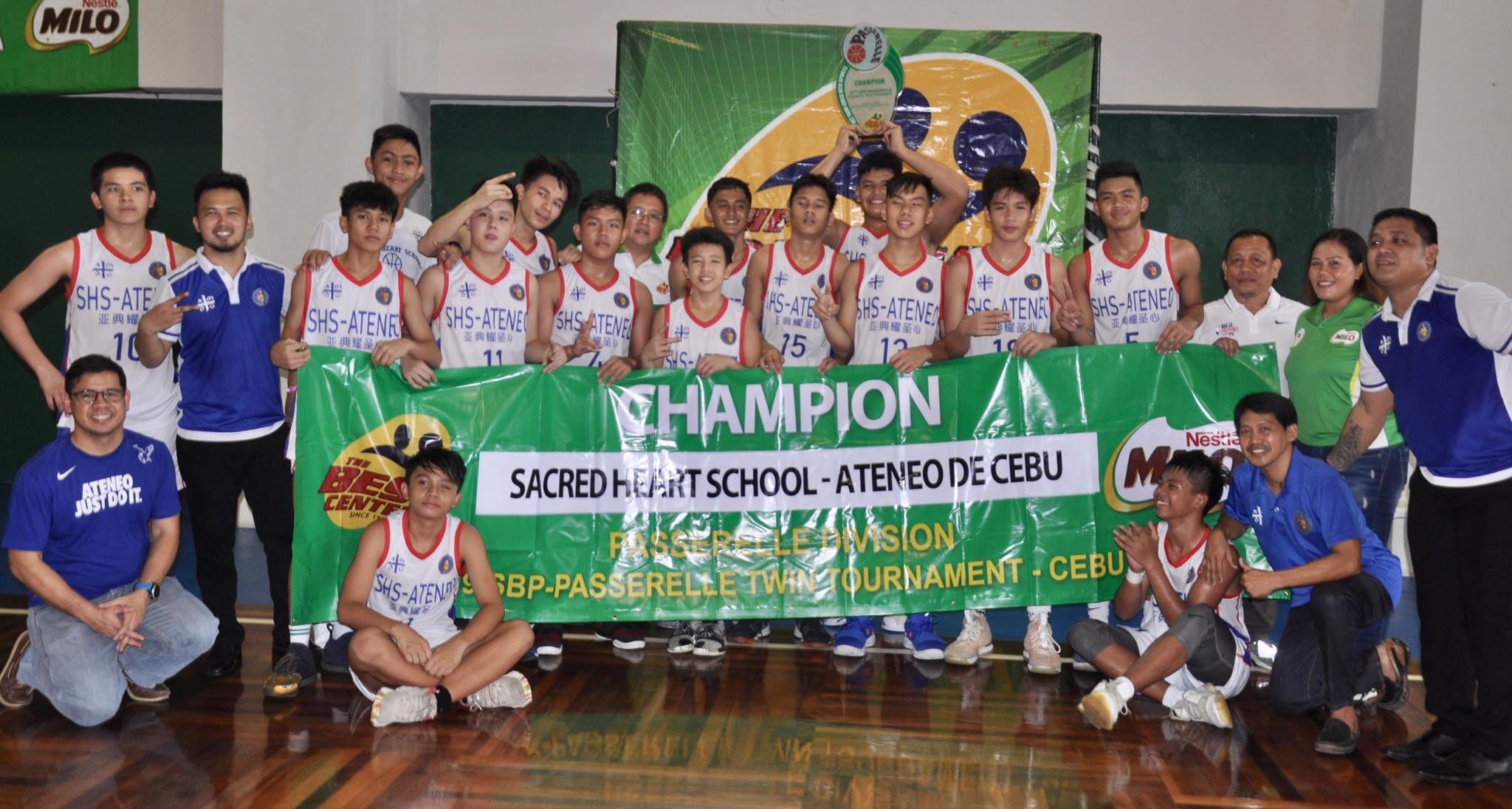 The Sacred Heart School-Ateneo de Cebu (SHS-AdC) vies for the Passerelle division title in the Visayas Regional Finals of the 34th BEST Center SBP Passerelle Twin Tournament backed by Milo on November 9 and 10, 2019 at the Pototan Astrodome in Iloilo City. This is a photo of the SHS-AdC during the Cebu tournament this year. | CONTRIBUTED PHOTO

CEBU CITY, Philippines — The University of the Visayas (UV) and Sacred Heart School-Ateneo de Cebu (SHS-AdC) will once again vie for the titles in their respective categories in the Visayas Regional Finals of the 34th BEST Center SBP Passerelle Twin Tournament backed by Milo.

The tournament will be held on November 9 and 10 at the Pototan Astrodome in Iloilo City.

Aside from defending their Small Basketeers Philippines (SBP) division Visayas title, the UV SBP team is also hoping to once again advance to the national finals and improve on their runner-up finish last year.

They lost the national title to La Salle Greenhills in the 2018 national finals held in Pampanga.

UV will be going up against other champions: St. John’s Institute of Bacolod, Hua Siong College of Iloilo and Colegio de la Purisima Concepcion of Roxas.

UV though is the favorite as it relies on speed and hustle despite being one of the smallest teams in the tournament.

The SHS-AdC, on the other hand, is also hoping to bag the Visayas title and advance to the national finals as well.

They fell short last year after bowing to St. Robert’s International Academy of Iloilo in the finals.

Other champions vying for the regional Visayas title are University of St. La Salle Bacolod and HERCOR College of Roxas.

The four teams in each division will play in a single round-robin with the top two teams to contest the title and a ticket to the national finals.

Now on its 34th season, the “BEST Center SBP Passerelle Twin Tournament backed by Milo” is the Philippines’ major tournament for the Under 15 and Under 12 age groups.

Among those who have played in this tournament include Manila-based Cebu products like RR Pogoy, Kris Porter, Paul Desiderio, and Jun Manzo. / celr