SWU gets back at UV, keeps top spot in Cesafi men’s hoops 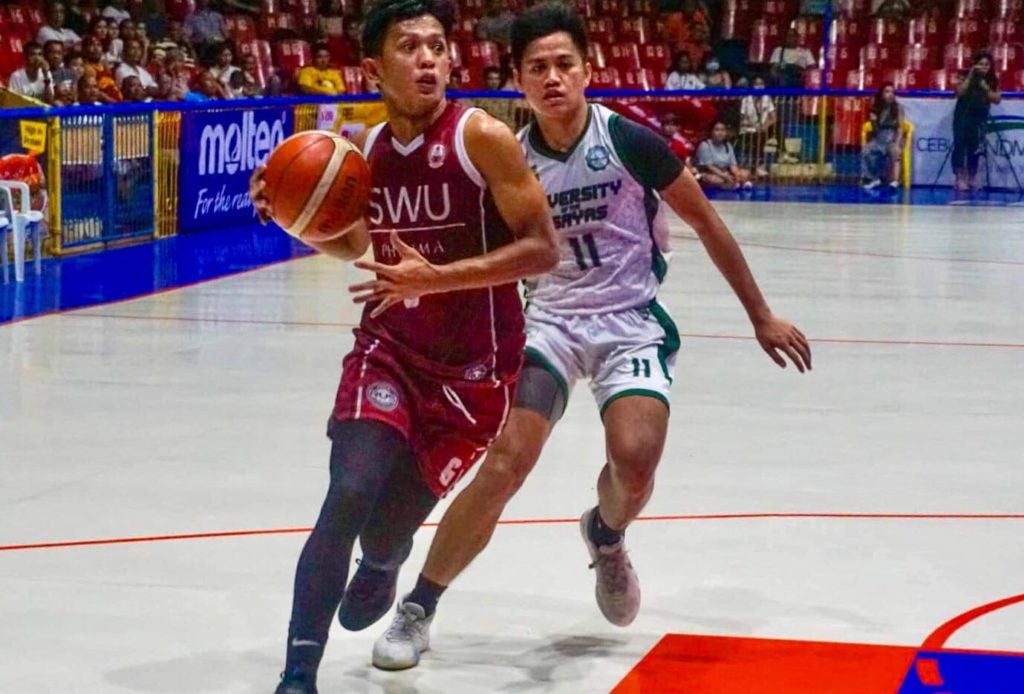 CEBU CITY, Philippines—The Southwestern University (SWU)-Phinma Cobras avenged their first round loss to defending champions University of the Visayas (UV) Green Lancers with a cardiac 70-67 win in a Cesafi collegiate game on Tuesday, November 5, 2019 at the Cebu Coliseum.

A three-point play from Sir Shaquille Imperial with 21 seconds left in the game proved pivotal as it paved the way for the team to log its  fifth straight win in the second round and improve to 9-2 (win-loss).

SWU-Phinma, the champion in the preseason Partner’s Cup, is now assured of landing in the top 2 at the end of the elimination round this Saturday, November 9.