Empty MICS office on a working day to be investigated – Labella 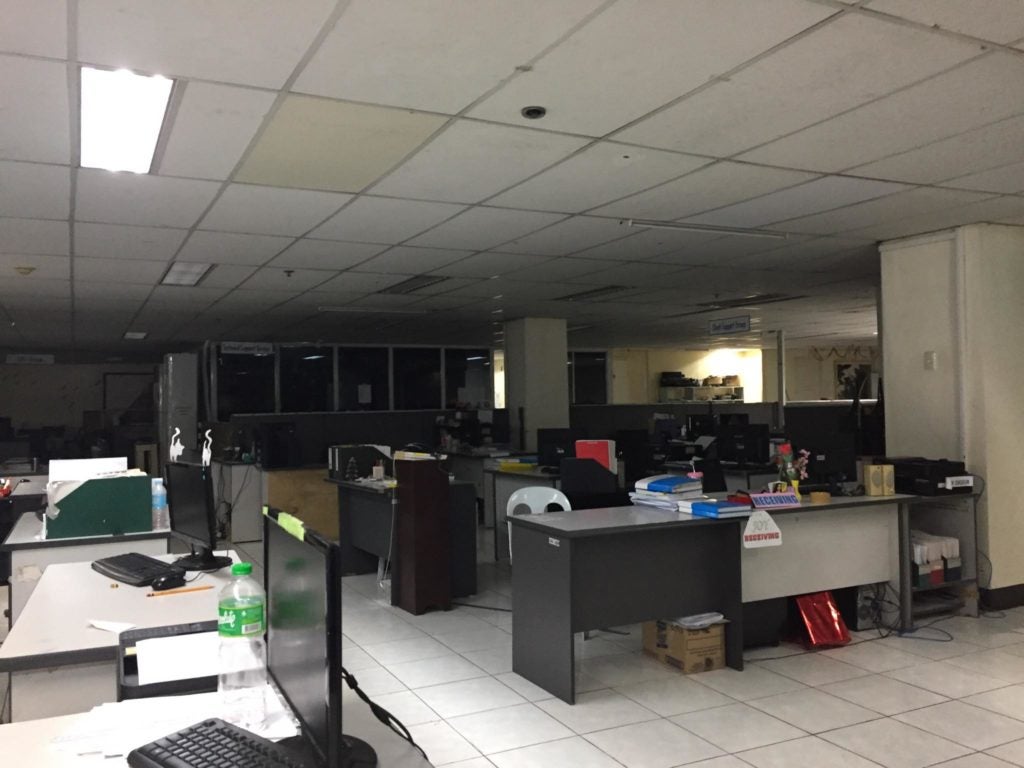 The entire division of the Management Information Computer Services at the Cebu City Hall is empty as the personnel are attending a team building activity outside the city. | Delta Dyrecka Letigio

CEBU CITY, Philippines — Cebu City Mayor Edgardo Labella has ordered an investigation into why the office of the Management Information Computer Services (MICS) division in City Hall was empty on Friday, November 8, 2019, a working day.

A sign saying that the office personnel have gone on a team-building activity was posted outside the MICS, and the office was empty except for one person who managed the front desk.

Labella said that even if MICS is not a frontline office that handles public transactions, the office should have left a skeletal group that would handle the division’s function.

The MICS handles the database management and information system of City Hall, including documents, digital information, and even interdepartmental transactions.

“I will make an inquiry if it is really true that no skeletal force was left in the office. Even if they went on a team building, a skeletal force should be left to manage the office. I even made an order that offices should not be left empty even during lunch time,” he said.

City Administrator Floros Casas Jr. said he approved  the team building activity of the MCIS scheduled for November 8 and 9, 2019 weeks prior to the actual activity.

He clarified that there was a skeletal group of at least five personnel who were left in the morning of Friday to manage the office but he allowed them to leave for the team building in the afternoon since Saturday is not a working day and the division is not a frontline service.

“There were people in the morning, but they left around noon to go to the team building activity. I allowed them because they are not a frontline service, and we don’t have work tomorrow. Yet they left one person in the afternoon; he could handle the operations alone,” said Casas.

CDN Digital visited the office at 1 p.m. of Friday and was greeted by the lone personnel who asked not to be named. He said he was not managing the division’s operation but only explained to the people who entered the office that their operations were suspended due to the team building activity.

Casas, on the other hand, assured that the absence of MICS personnel for a day has no impact on the city’s operation since they only manage the database and digital information of the offices and departments.

He also said that frontline departments that undergo team building activities are only allowed to do so on weekends so as not to affect operations./elb