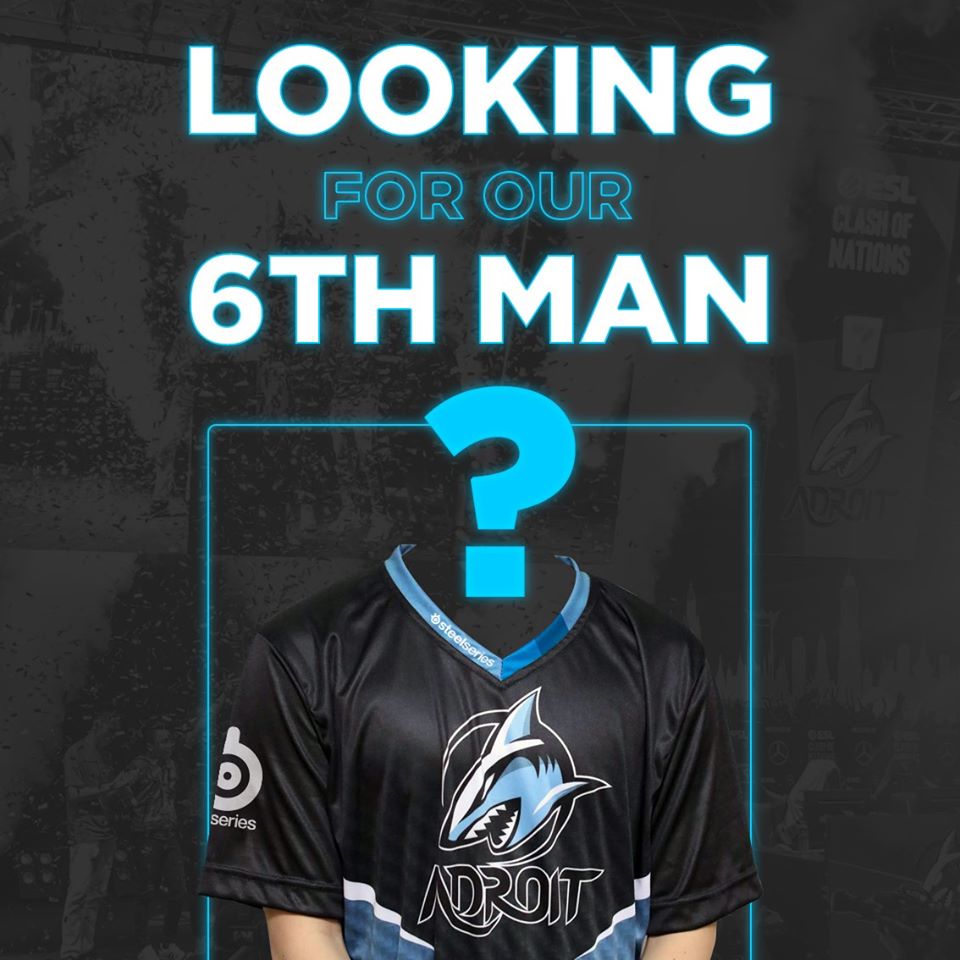 CEBU CITY, Philippines — In preparation for the upcoming MDL Chengdu Major this month, Cebu’s Adroit is scouting for a sixth man for the team.

In a Facebook post in the official page of the Cebuano Dota 2 team on Thursday afternoon, November 8, 2019, Team Adroit teased aspiring Dota 2 enthusiasts to be the team’s ’sixth man’ or coach who can help the team in the upcoming tournament

“Can you tame a 🦈 Shark? We are looking for a Coach to help us in the upcoming #MDL Chengdu Major! Throw in the bait and PM us if you are interested!” the post reads.

Last October 27, the team made history after winning the first ESL Clash of Nations series held in Siam Paragon in Bangkok, Thailand.

After hailing as champions in the ESL Clash of Nations, the Team Adroit qualified for MDL Chengdu Major which they expected to face fifteen of the world’s best Dota 2 team including Team Liquid who landed second place in The International 2019.