USC coach on semis match-up with SWU-Phinma: All out on D 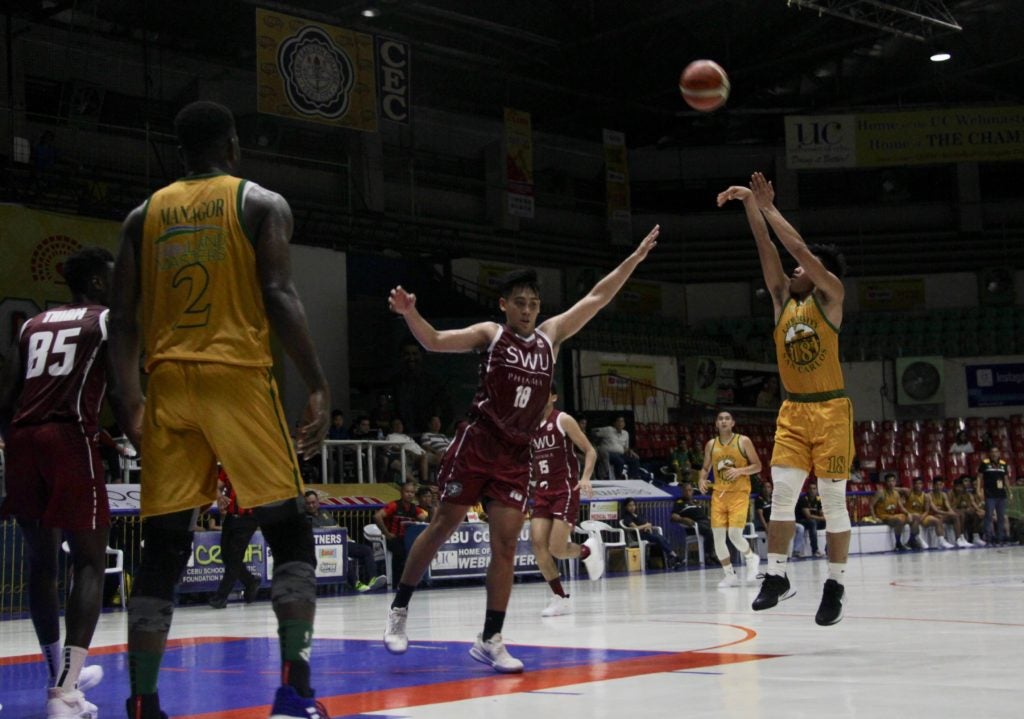 USC and SWU-Phinma battles in this second round encounter. | CDN Digital file photo

Cebu City, Philippines—If the University of San Carlos (USC) wants to advance to the finals of the 2019 Cesafi men’s basketball tournament, it will have to play good defense.

The Warriors of coach Bong Abad takes on the top ranked Southwestern University (SWU)-Phinma Cobras in the semifinals on Tuesday, November 12, 2019, at the Cebu Coliseum.

Game time is at 6:45 p.m. right after the high school semis matchup between the University of Southern Philippines Foundation (USPF) and he top seeded University of Cebu (UC).

USC finished fourth after the elimination round with a 7-5 (win-loss) record while SWU-Phinma, the champions in the preseason Partner’s Cup, emerged the top team heading to the playoffs with a 10-2 card to gain a twice-to-beat edge against its foe.

USC lost both its matches against SWU-Phinma in the eliminations but Abad still thinks they have a chance against the Cobras.

“[We have to go] all out on defense. [We have] to limit their production,” Abad said.

Limiting the production of SWU-Phinma can indeed help, especially on its talented foreign student-athlete Lamine Thiam.

Thiam has been a revelation this season, proof of this is the success the Cobras had in the preseason tournament.

But while defense will be he key, Abad also reminds his players to keep the offensive plan working all-game long.

“On our side, we have to convert on high percentage shots,” he said.

“The players must also have the will to win.”

The other semis pairing pits UC and the defending champion University of the Visayas (UV).

The Webmasters have a twice-to-beat edge over the Green Lancers for ending up second in the standings with an 8-4 slate.

Read Next
Concealment of pre-existing illnesses and disability benefits