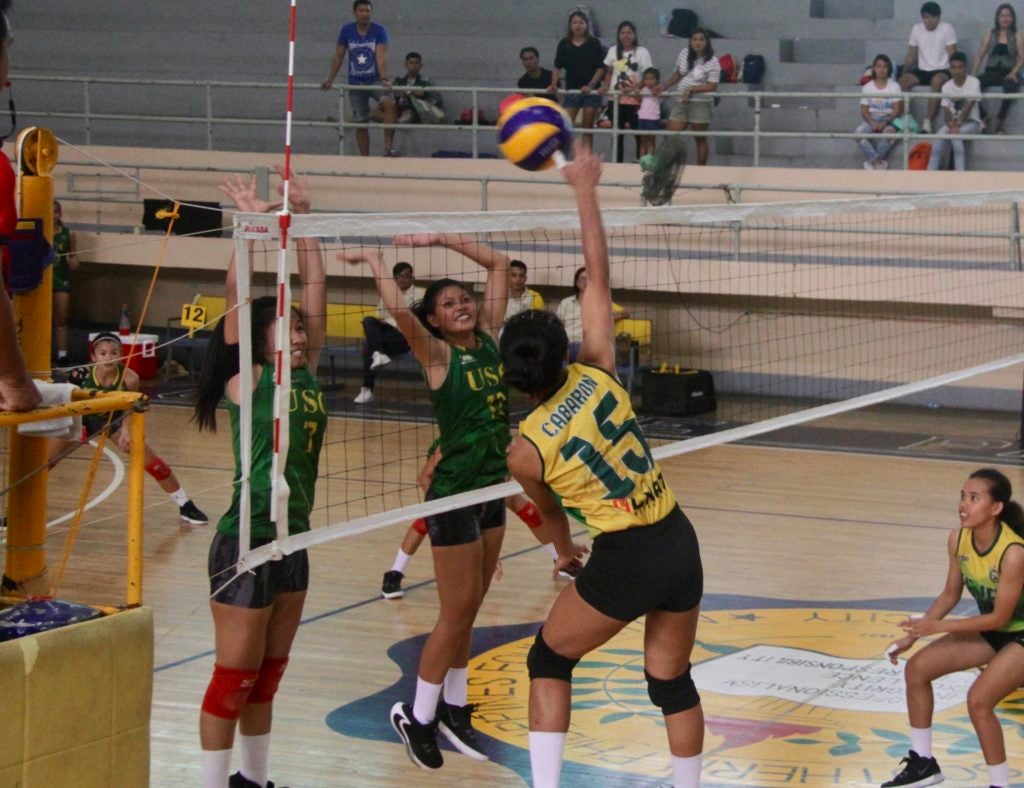 WATCH: Match point of the University of San Jose-Recoletos in their semifinal matchup with the University of San Carlos in the Cesafi women’s volleyball tournament. The Lady Jaguars won the match, 25-20, 25-16, 21-25, 25-22, to advance to the finals. | Brian J. Ochoa #CDNDigital #CesafiUpdates

The Lady Jaguars, who lost to the Lady Warriors in last year’s championship round, took off to a hot start, cooled off a bit in the third set, but finished off the champs in a dominating fourth set to make a return trip to the finals.

“We feel overwhelmed because we really prepared for this,” said USJ-R’s Maybelle Cabaron, who rocked the USC defense with her powerful spikes.

Her teammate Daniella Alfeche, who was very emotional after that loss to USC in the finals last year, said this win was huge for the team.

“We’ve been dreaming about this, that we’ll make it back to the championship again,” she said.

WATCH: Daniella Alfeche and Maybelle Cabaron of the University of San Jose-Recoletos speak about the team’s victory over the defending champion University of San Carlos in the Cesafi women’s volleyball semifinal game on Saturday, November 16, 2019. The Lady Jaguars are headed to the finals. | Immae Lachica #CDNDigital #CesafiUpdates

Read Next
5 reasons why you need a venting buddy