MANILA, Philippines — Ion Perez has recently opened up about his one-year relationship with movie and TV celebrity Vice Ganda, putting an end to allegations of him is merely after the  the comedian’s money.

He likewise talked about sexuality and marriage. 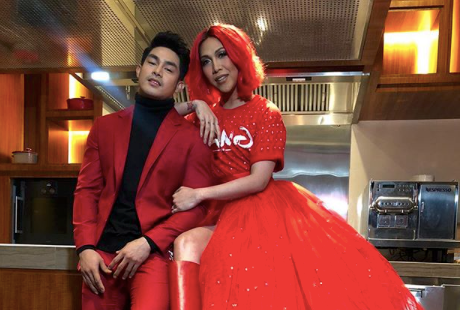 Ion knew he wanted to be friends with Vice Ganda when he joined noontime variety show “It’s Showtime” and also did not expect to fall for the comedian.

(I also did not think we would come to this. I wanted to become Vice’s friend. If he has a problem, maybe I could be one of the people he could open up to.)

The showbiz newbie also addressed claims that he is after Vice Ganda’s money, saying he can never do that to the comedian and even dared critics to get to know him.

(I cannot do that to him. If I do that, I am no different from other people in his past who made a fool of him.)

(To everyone who thinks I am using Vice Ganda for money, get to know me for a whole day. If you see something about my personality, I’ll let you know mw even more.)

On sexuality and marriage

Ion also opened up about his sexuality, saying he is “straight” who happened to be in love with a gay person.

(I’m straight. It just so happened that I fell in love with a gay person.)

Vice Ganda has previously identified himself as a gay man during an episode of “It’s Showtime.”

When asked if he considers Vice Ganda as his girlfriend, Perez said “yes.”

Perez said he did not believe in “forever,” but thinks he found that in the comedian.

(I did not believe in “forever” before but now I feel like I will be with him for a long time.)

Perez likewise admitted he and Vice Ganda have already spoken about marriage, but said they need not be in a hurry.

(There are times when we talk about it but we said we should not be in a hurry. Just as long as we understand and love each other, the time where we get married will come.)

Earlier this month, Vice Ganda confirmed being in a relationship with Ion for a year already.