Expect a SWU-Phinma fightback in Game 2 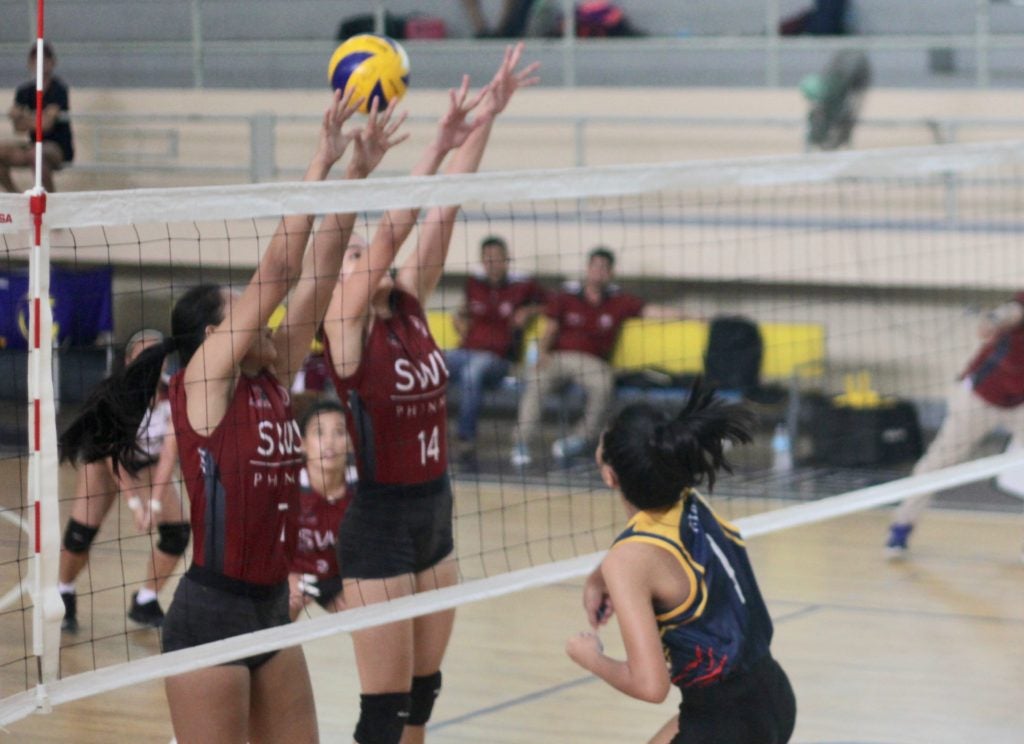 That’s why she feels confident that the Lady Cobras can bounce back from their Game 1 loss to the University of San Jose-Recoletos (USJ-R) Lady Jaguars in the Cesafi women’s volleyball tournament.

“We know nga naa pami ikapakita na mas better pa sa first game,” says the 5-foot-7 setter of the Lady Cobras. (We know we can do better than what we did in the first game.)

Both teams face off for Game 2 on Saturday, November 23.

“In our first game, I guess we lacked communication and defense, especially in third and fourth sets,” the 20-year-old Roncal said.

Roncal, whose brother Dyll is also playing in the finals of men’s basketball for SWU-Phinma, believes the Lady Cobras still have a great chance of recovering and forcing a rubbermatch.

“Everyone should expect a strong comeback from us. We really want that title again after losing it for a year,” she said.

Just like Roncal, Chyne Saberon is also positive about the team’s chances against the Lady Jaguars, who were last year’s runners up to the University of San Carlos (USC).

“Supporters should prepare their loudest cheers as we bounce back again in game 2,” the 5-foot-7 Saberon said.

“We all have what it takes to win and I could really say that there’s nothing we lacked in  game 1 because we really did our best with the perseverance and eagerness to win but I think, it was God’s plan again,” added the 20-year-old Saberon, the team’s middle spiker.

USJ-R, meanwhile, is already expecting a big fightback from SWU-Phinma, knowing the caliber of players it has.

“They are equally as talented as we are. They have a strong heart and the passion to win the championship,” said Daniella Alfeche, the 5-foot-8 middle blocker of USJ-R.

And the Lady Jaguars also know what to prepare for going into Game 2, citing things they saw they lacked in the opening game of the best-of-three series.

“We should improve our ground defense and be more consistent with our service receive since SWU has a good few servers and still continue to play with strong heart,” the 21-year-old Alfeche added. “And their strength is their service and attack.”

Maybelle Cabaron, too, agreed, adding that one thing SWU-Phinma is taking advantage of  is its height prowess.

“SWU has very strong blockers. They are taller than us, that’s their advantage,” said the 5-foot-5 Cabaron, the team’s open spiker.

USJ-R has had an incredible outing so far this season under a new coach in Michael Simbajon.

The Lady Jaguars were responsible for ousting the defending champion Lady Warriors in the semifinals.

The Lady Warriors went on to finish third place this season.

Against SWU-Phinma, Simbajon prepared a special ploy to counter their height advantage.

“We cannot play with them at the net. We just focus on how we can defend their attacks on the ground,” said Simbajon.

“We played simple volleyball. Stick to our game plan and luckily we came back and executed what we are practicing.” /bmjo

Read Next
No more elims for beach soccer of CVFA