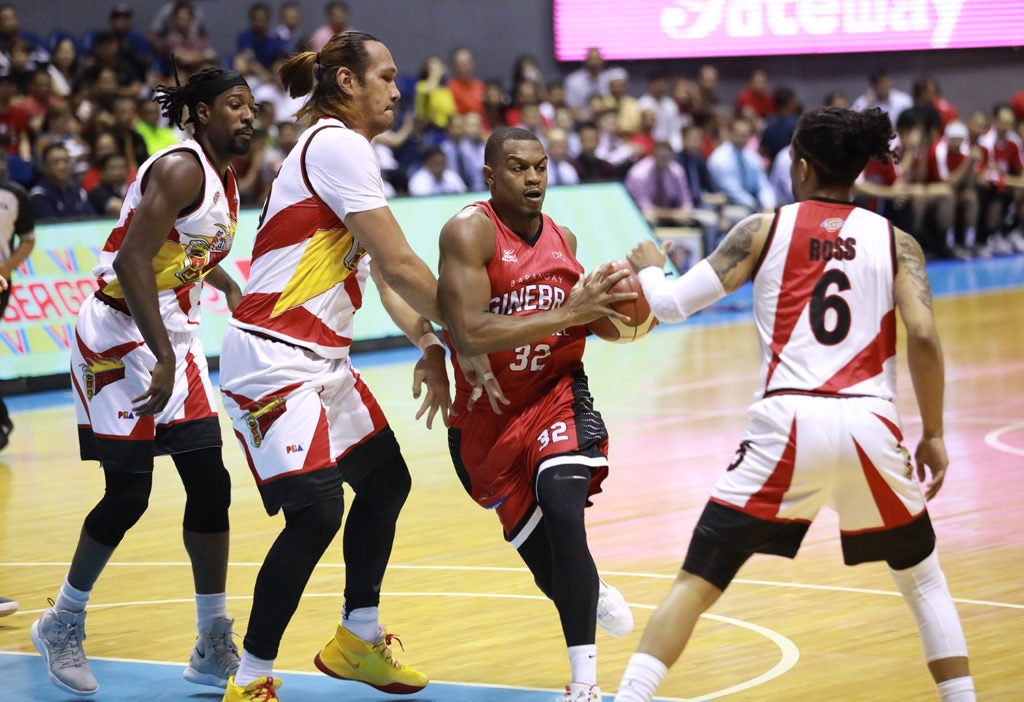 Ginebra import Justin Brownlee pierces through the San Miguel defense in their quarterfinal game on Sunday, November 24, 2019, at the Araneta Coliseum. | PBA Images

Barangay Ginebra did it again.

The Gin Kings denied San Miguel another shot at a Grand Slam after ousting the Beermen with a 100-97 victory in the PBA Governors’ Cup quarterfinal round on Sunday, November 24, 2019, at the Araneta Coliseum.

A crucial turnover by San Miguel import John Holland, who lost the ball on the way to the basket with 25 seconds left and San Miguel down just a point, 97-98, spelled the doom for the Beermen, who were aiming for their third straight title this season.

Ginebra also denied San Miguel a Grand Slam in 2017, beating the Beermen in the quarterfinals, too.

Justin Brownlee led the Gin Kings with 41 points, 11 rebounds and three blocks but more importantly put up a huge defensive stop against the San Miguel shooters in the dying seconds of the game.

Ginebra will take on the winner of the NLEX and NorthPort quarterfinal pairing, which will be played on Monday, November 25.

Meanwhile, Meralco advanced to the semis after ousting Alaska, 94-84, in the first game.

Meralco will wait for the winner of the TNT vs Magnolia Hotshots quarterfinal matchup.