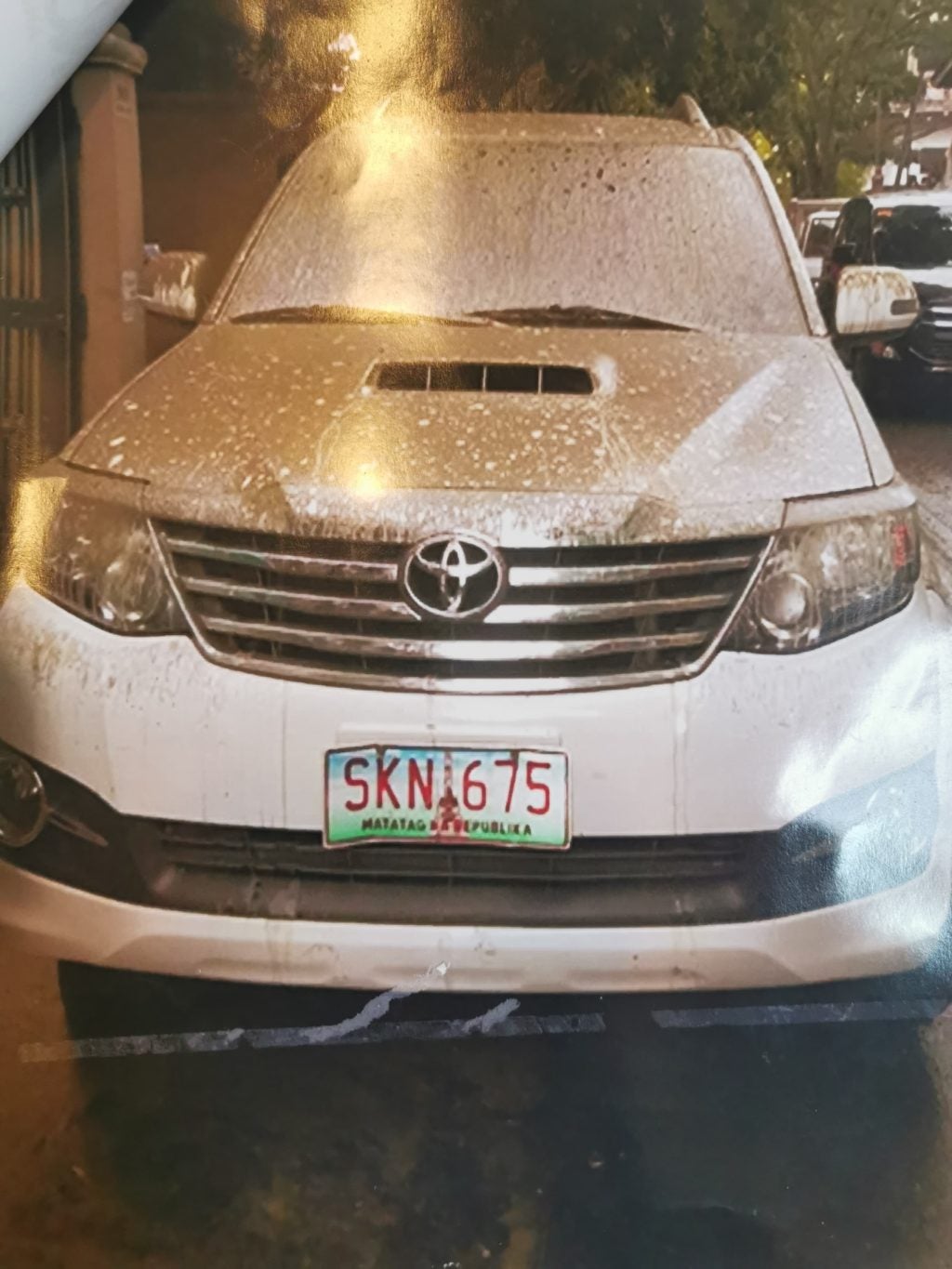 A city-owned government vehicle is covered with cement along Acacia Street in Cebu City. | Photo Courtesy of Lawyer Rey Gealon

CEBU CITY, Philippines–A construction company will have to pay Cebu City for damages after they accidentally poured cement on a city-owned car on October 17, 2019 along Acacia Street here.

The City Legal Office (CLO) demanded  the construction company to pay for the damages it has incurred to a car issued to the Prevention, Restoration, Order, Beautification, and Enhancement (PROBE) team after it accidentally poured cement from 20th and 21st floor of a high-rise building in the area.

“The CLO has to vindicate the rights of the city by protecting its properties against erring contractors, such as what happened to this Toyota Fortuner issued to PROBE,” said Cebu City Legal Officer Rey Gealon.

“We requested OBO to investigate on the seemingly hazardous and irresponsible construction undertaken by Dakay Construction which led to the pouring of cement of this government vehicle, and to issue a cease and desist order, if warranted. For if we cannot protect our own properties, how can we protect the rights of our constituents,”Gealon added.

The Department of General Services wrote to the CLO on November 21, 2019, saying that the Government Service Insurance System (GSIS) will not pay for the damages of the car as the construction company has to be held liable for the incident.

Lawyer June Maratas, the DGS head, said GSIS advised the city to demand settlement through payment from the construction company for the damages of the car.

With this, Gealon said they have given the construction company 10 days to heed their request for payment of damages.

If the company fails to do so, they will be facing charges of destruction of public property.

The company has yet to respond to CLO as of press time, but Gealon hopes the issue will be settled amicably as soon as possible. /bmjo