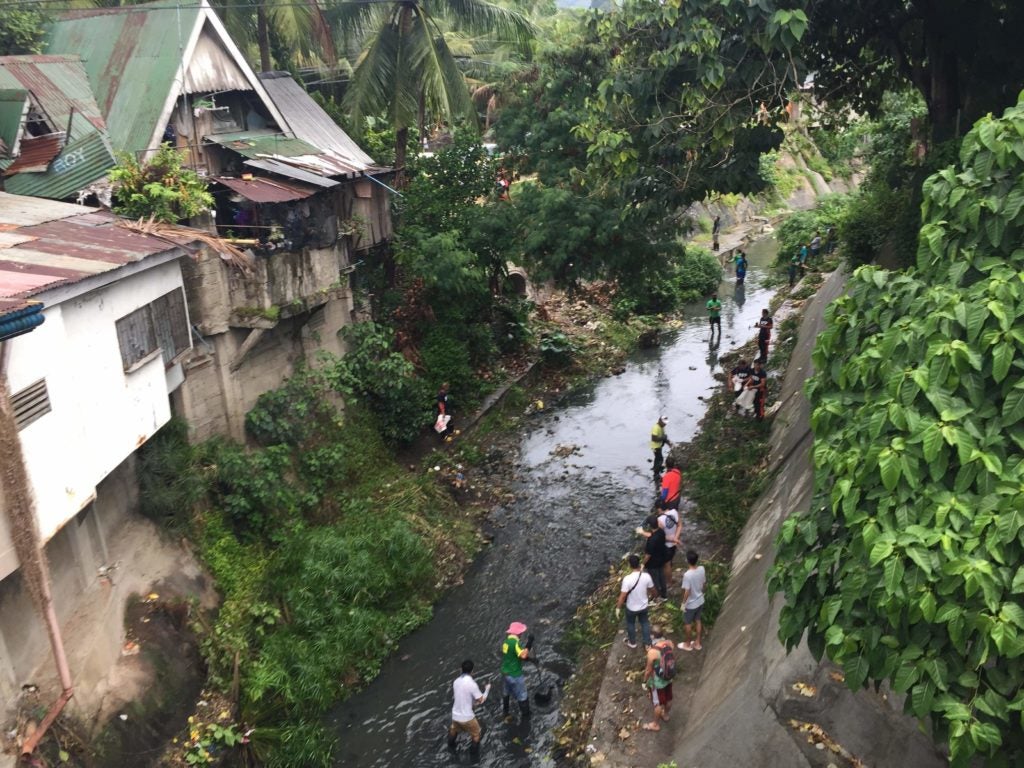 Volunteers from the cities of Talisay and Cebu help in the clean-up drive of Bulacao River, the body of water that separates the two cities. | CDND PHOTO / Delta Letigio

CEBU CITY, Philippines –The cities of Cebu and Talisay collected at least 11.6 tons of garbage in the four-hour massive joint clean-up of the Bulacao River on Friday morning, November 29, 2019.

This is understandable because he said the most polluted part of the river is the lower areas, especially at the mouth of the river located at the South Road Properties (SRP).

These areas are situated on the Cebu City side of the 11-kilometer stretch of the Bulacao River.

Dacua said the rehabilitation of the river will take more than just a massive river clean-up and will need even more “massive” dredging and river widening.

He said they have now scheduled dredging activities in the lower portion of the Bulacao River to remove the silt, mud, and garbage on the river bed and deepen the river.

The Department of Engineering and Public Works (DEPW) lent the Cenro two backhoes to use in the future dredging activities.

“After this river clean-up, we will continue the cleaning and dredging of the Bulacao River. There are still many things to be done,” said Dacua in a phone interview with CDN Digital.

The Cenro has also installed new biofences along different areas of the Bulacao River to prevent the garbage from flowing downstream.

Dacua said the Cenro expects the cooperation of the barangays, especially Barangays Bulacao and Inayawan in ensuring the residents along the Bulacao River bank will be disciplined and will be sanctioned for throwing their wastes into the river.

WATCH: Talisay City Mayor Gerald Anthony "Samsam" Gullas says the city government’s river cleanups are the just the start of their campaign to rehabilitate the rivers in the premier city in southern Cebu. After the cleanups, legislation will follow to impose stiffer penalties on violators of the city's anti-littering ordinance, he says. | Delta Dyrecka Letigio

“We really cannot do this alone. If we want to revive the Bulacao River, we will need the cooperation of everyone,” said Dacua.

He warned the residents along the river bank that they are constantly being monitored. If they are found to be violating the city’s anti-littering ordinances, they will be penalized up to P50,000. /bmjo