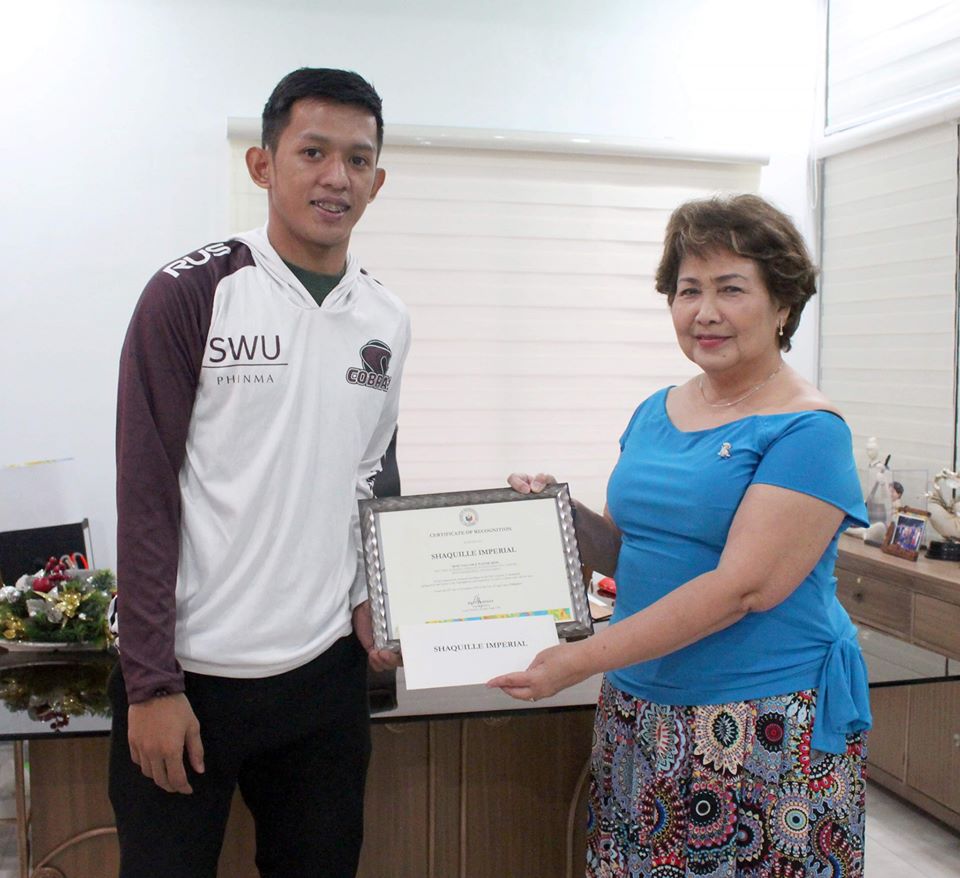 In a post shared by Radaza on her Facebook account on November 29, 2019,  the former Lapu-Lapu mayor said sports was one of her advocacy during her term from 2010 to 2019.

“Ending up my week with the new CESAFI MVP, Shaquille Imperial. Sports is one of my advocacy during my term of administration and we continue to honor and give recognition to our athletes who soar higher in their sports field. Congrats, Shaq,” captions Radaza.

Imperial, who had a stellar year that was capped by a MVP award and a championship title, shared the post and captioned it with great pride and honor on Saturday, November 30.

Imperial and the Cobras ended the winning streak of the University of the Visayas Green Lancers as the men’s basketball champions last November 22.

In a message to CDN Digital, Imperial said he didn’t expect the acknowledgment from Radaza.

“I’m happy because it’s the first time the MVP is homegrown from Lapu-Lapu,” Imperial said. /bmjo