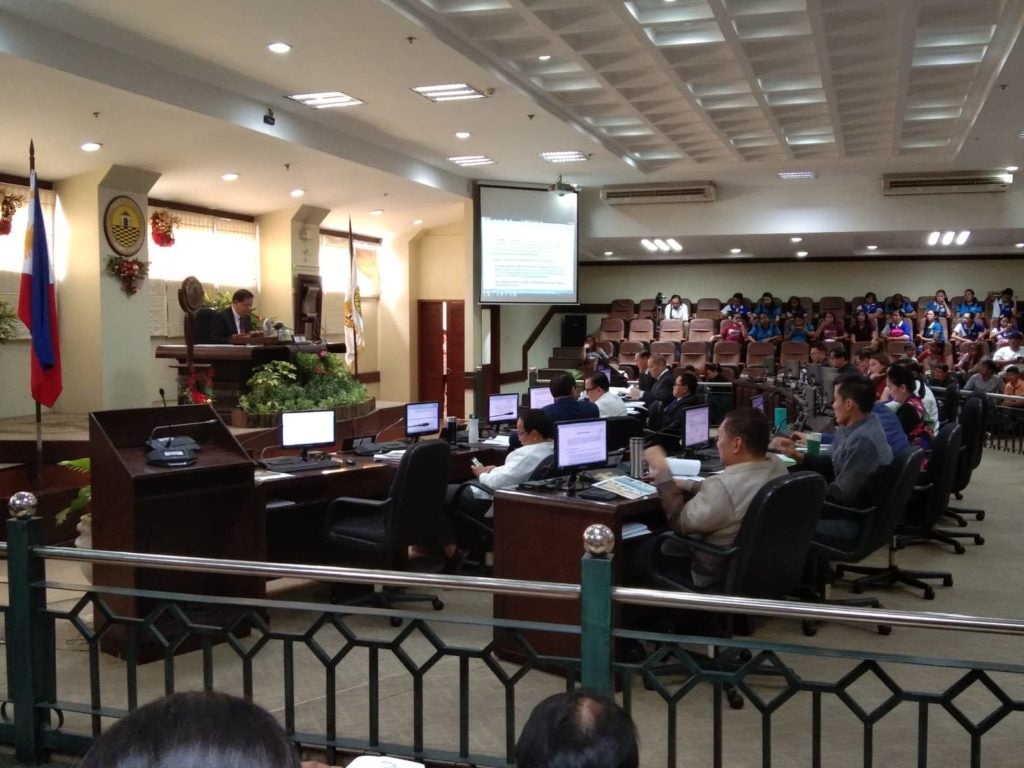 Vice Mayor Michael Rama, who presides over the Cebu City Council session on December 18, has questioned the Sinulog Foundation Inc.’s non appearance at the Citizen’s Hour of the session. | Delta Dyrecka Letigio

CEBU CITY, Philippines — The Sinulog Foundation Incorporated (SFI) did not show up during the Citizen’s Hour of the City Council on December 18, 2019.

The SFI was supposed to face the City Council to discuss the P35 million budget for the Sinulog 2020.

However, they failed to face the council to explain the new organizational chart of the SFI following the establishment of the Sinulog Governing Board (SGB) by Mayor Edgardo Labella, despite the request of Vice Mayor Michael Rama.

Rama said in session that he was disappointed that the SFI did not appear before the Council as the Council needed to know the plans for the Sinulog 2020.

“Is this a boycott?” asked Rama.

The SFI was asked to face the Council for the second time because Rama was dissatisfied with the answers of Executive Director Elmer “Jojo” Labella in a previous session on December 11, 2019.

Despite the absence of the SFI, the P35 million budget was still passed as part of the P10.4 billion proposed budget by Mayor Edgardo Labella.

In an interview after the session, Rama said that he did not feel slighted that SFI failed to face the council in a crucial moment.

“If they are not here, it is a boycott. That’s up to them. But I’m the spirit of Chritmas, I do not feel slighted. Let God’s will be done,” he said.

The SFI previously justified the budget saying that all of the budget would go to the prices and subsidies of the contingents.

In fact, the SFI will not receive the money since the foundation does not accept government funds.

They said the budget would be handled by the SGB.

CDN Digital tried to reach Jojo Labella, but he did not respond to queries./dbs