Families of victims eagerly wait for verdict in Ampatuan massacre 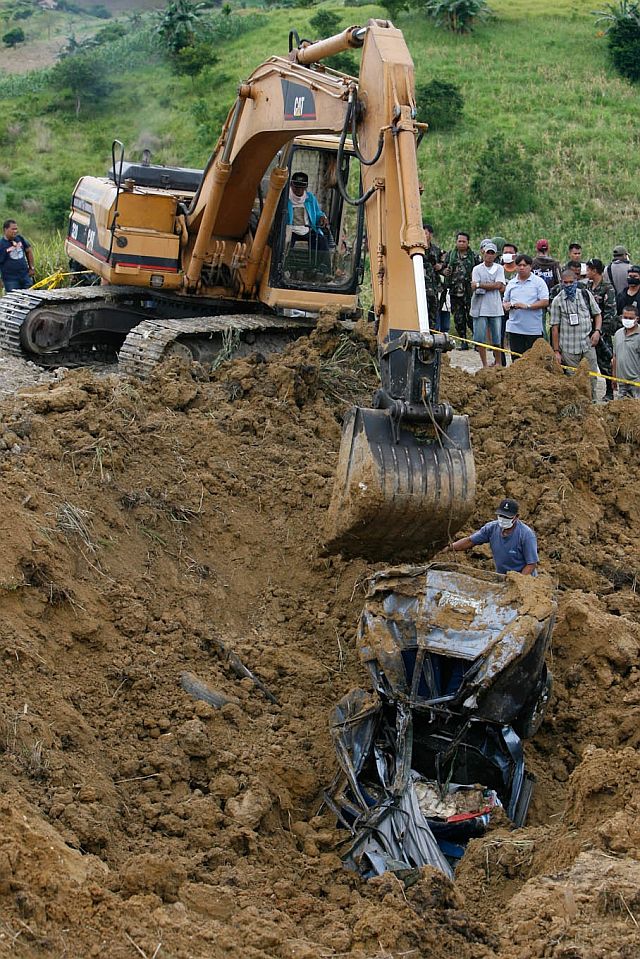 A Tamaraw FX vehicle is recovered from a shallow grave where at least 50 bodies were found buried in Datu Ampatuan, Maguindanao. | Inquirer File Photo

CAGAYAN DE ORO, Philippines – After waiting in anguish for ten years, Cathy Nunez and some of the families of the 32 journalist killed in the Ampatuan massacre in 2009 will be in Manila to hear the court promulgation on Thursday, December 19, 2019.

“I waited for ten years for this moment. Seeing justice is serve is an affirmation that the death of my son was not in vain,” Nunez said.

Judge Jocelyn Solis-Reyes, presiding judge of Branch 221 of the Regional Trial Court of Quezon City, will promulgate the ruling on the Ampatuan massacre case on Thursday.

The promulgation which will be covered live on television, will be done at Camp Bagong Diwa in Bicutan, Taguig City.

Nunez said that not a night had passed in the last 10 years that she did not think of how the Ampatuans killed her son, Victor Nunez, a UNTV reporter.

“The suspects peppered Victor with bullets that his body was so mangled beyond recognition,” Nunez recalled.

“I only recognized him by the leather belt (that) he worn,” she added.

On Nov. 23, 2009, 58 persons were killed in Ampatuan town in Maguindanao province. The victims included 32 journalists and media workers, two lawyers, six motorists passing the same route, and the wife and sisters of Esmael “Toto” Mangudadatu, who at that time was the vice-mayor of Buluan town in Maguindanao.

Former Autonomous Region of Muslim Mindanao (ARMM) Governor Zaldy Ampatuan and  his brother, Datu Unsay, and the family patriarch, Andal Sr., were the principal suspects in the massacre.

A total of 197 suspects were charged in court. There are still 80 suspects who remain at large.

The massacre shocked the world for its ferocity and scale. / dcb

Read Next
Cebu City’s P10.4 B budget for 2020 sources funds from SRP sales