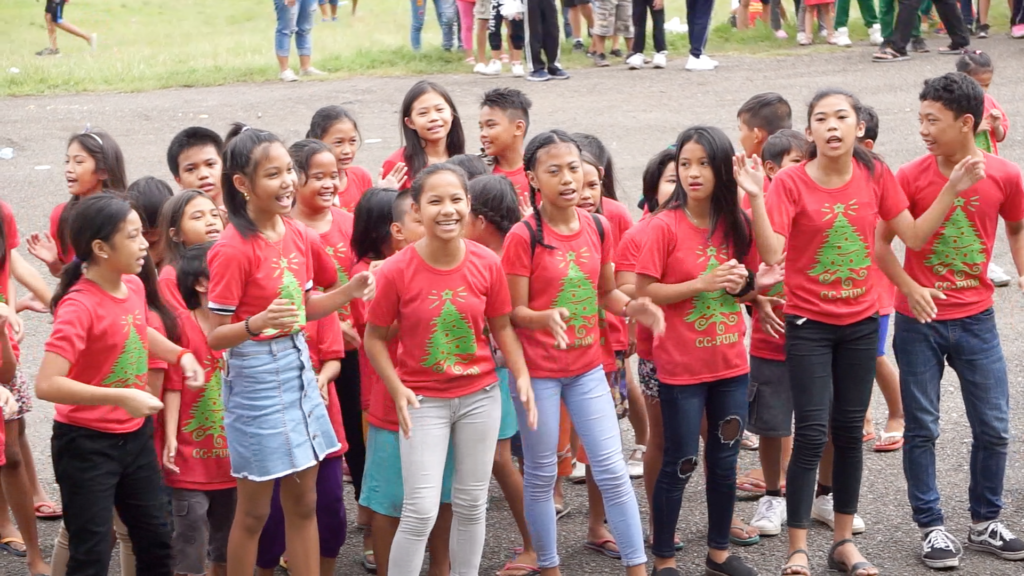 CEBU CITY, Philippines — Running and giggling children was a sight to behold one December morning inside theCamp Lapu-Lapu, the headquarters of the Central Command of the Armed Forces of the Philippines (AFP Centcom) in Barangay Lahug, Cebu City.

It was a welcomed change.

There were no soldiers with guns in formation.

Instead, the field was filled with balloons, decorations, toys, gifts.

At least 2,000 children from the uptown barangays of Cebu City filled the space with laughter. 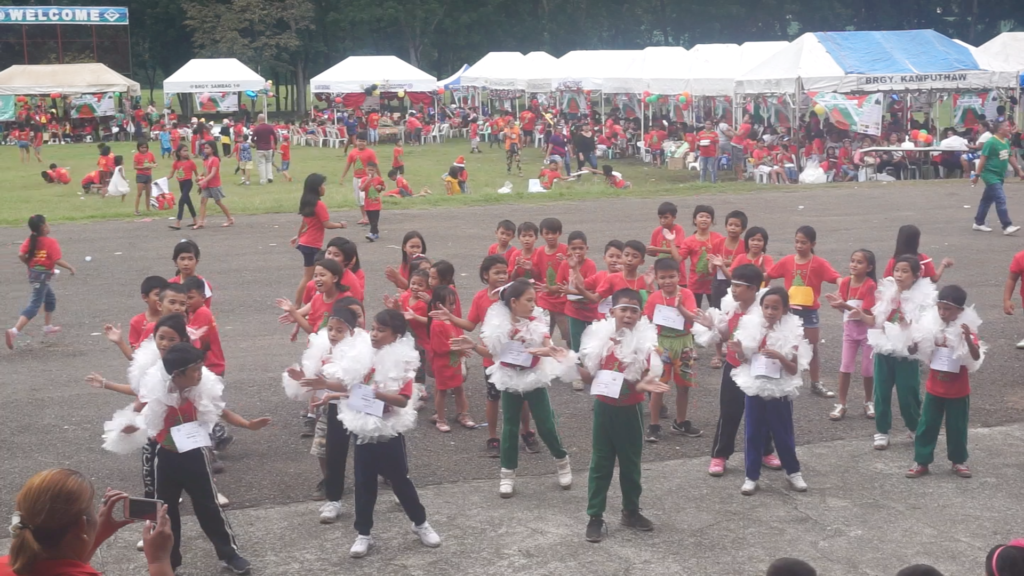 It was the grand Christmas party for children under the Cebu City Progressive Uptown Movement (CCPUM), an organization which aims to help the uptown barangays in the city.

CCPUM was established by Vice Mayor Michael Rama in 2007 during his time as mayor of Cebu City.

Dante Arcilla Jr., CCPUM president, said the Christmas party is an annual celebration of the organization.

But they did not celebrate it for three years under the administration of former mayor, Tomas Osmeña.

This year the Christmas party, which is called “Pasko sa Uptown,” made a comeback along with the entire CCPUM as they planned for a revival of the organization in 2020.

Arcilla said it was a simple celebration filled with games, dance contests and giveaways for the children including toys and school supplies.

“The goal was to make the children smile for Christmas,” said Arcilla. 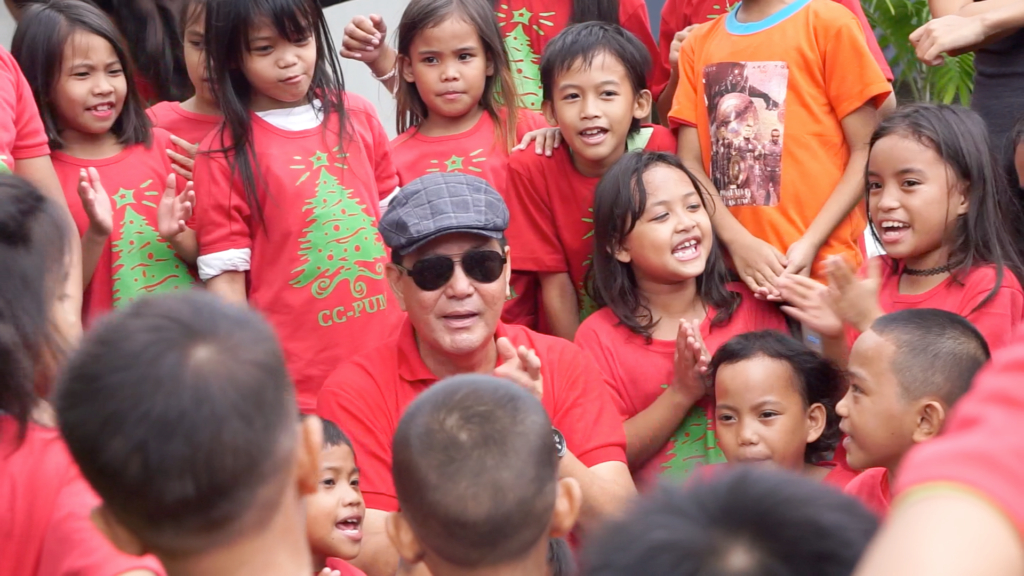 Vice Mayor Rama said children should be given the chance to enjoy Christmas, because this season is for them.

“We want our children to be happy as that is the spirit of Christmas,” says Rama.

Agnes Tacumba, a 64-year-old grandmother from Barangay Quiot Pardo, says she brought her 11-year-old granddaughter to the party because it was the main duty of a parent or grandparent to give pleasant memories to their children.

“Makig-mingle sila sa ilang mga kaubang bata. Unya makahibawo pa gyud sila sa ilang rights. (The children have the opportunity to mingle with their peers, and they will be taught their rights),” says Tacumba.

Tacumba is a gender and development staff of the Cebu City Hall.

She assists in organizing workshops for the parents and their children to understand children’s rights.

She said the celebration of the Pasko sa Uptown is a chance for children to enjoy the spirit of Christmas and at the same time, learn more about how to protect themselves.

These arw important lessons that Tacumba wants her grandchild, to bring along as she grows up. 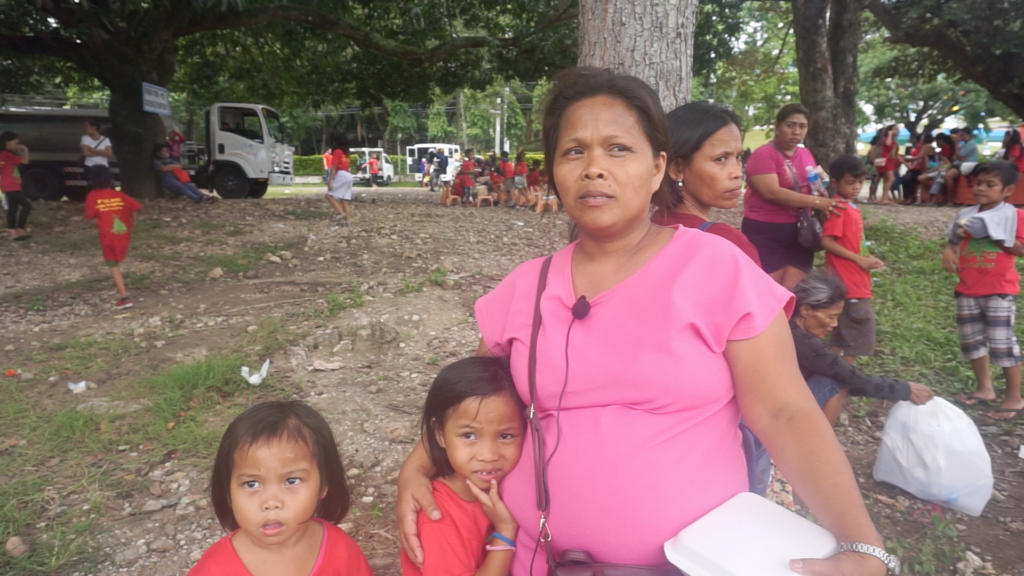 Josielyn Rebosquillo says she brought her six-year-old daughter to the event because she wants her daughter to have good and happy memories of Christmas. |CDND  GerarPHOTO/ Gerard Francisco

Josielyn Rebosquillo, 40, said she brought her daughter to the Pasko sa Uptown because she wanted to see her daughter, Tricia, 6, smile.

“Bahalag gagmay basta makalipay lang. (Even if the gifts are small as long as they make my daughter happy),” said Rebosquillo, a street sweeper.

Seeing that Tricia enjoyed her time at the Pasko sa Uptown is a gift, she said.

She wishes for good health for little Tricia and her entire family.

For parents and children who attend the Pasko sa Uptown, Christmas is more than just a holiday.

It is the time to celebrate camaraderie and friendship. It is also the time to nurture wishes and dreams; that one day, most, if not all of them, will be realized. / dbs