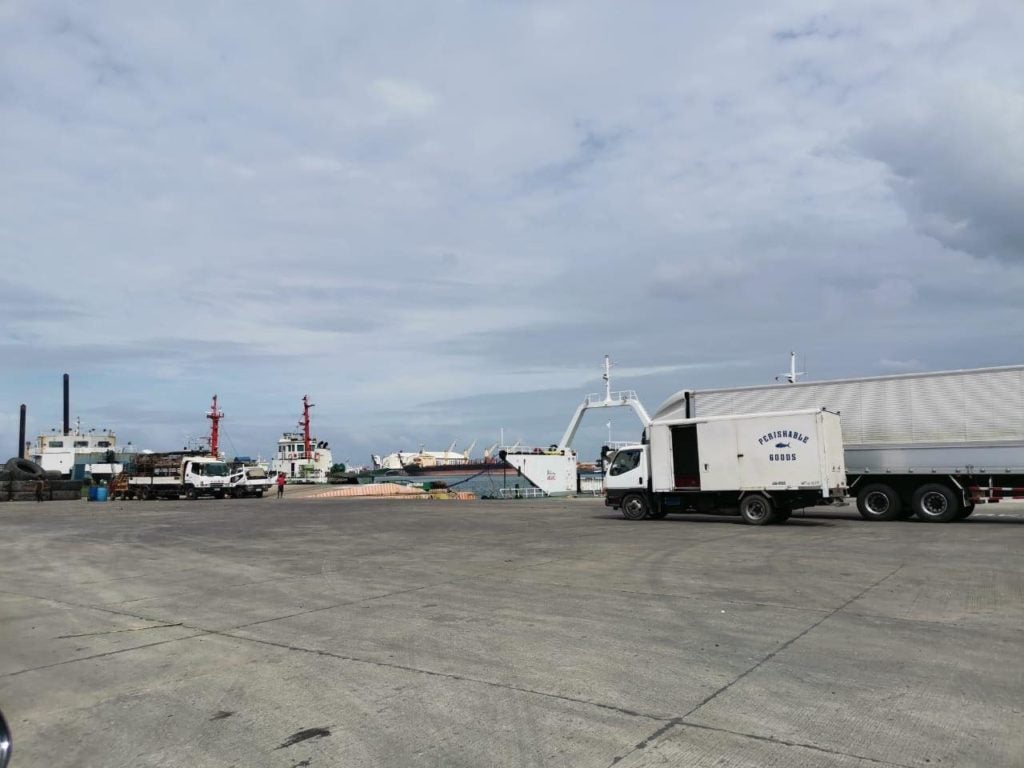 Sea trips have been cancelled in Bacolod City port because of Typhoon Ursula. | Florence Baesa

DUMAGUETE CITY , Negros Oriental — A total of 156 passengers and 109 rolling cargoes have been stranded in Negros Occidental as of 5 p.m., December 24, 2019, due to Typhoon Ursula.

Read more: Signal No. 3 raised over Camotes as Ursula intensifies into a typhoon

For stranded rolling cargoes, 40 are in Escalante, 51 in Bacolod, 2 San Carlos, Sagay 5, and 11 in Banago Port in Bacolod.

Benjamin said that the 14 vessels that took shelter in Iloilo came from the port of Bacolod.

All sea travel in Bacolod is still cancelled, according to Benjamin./dbs