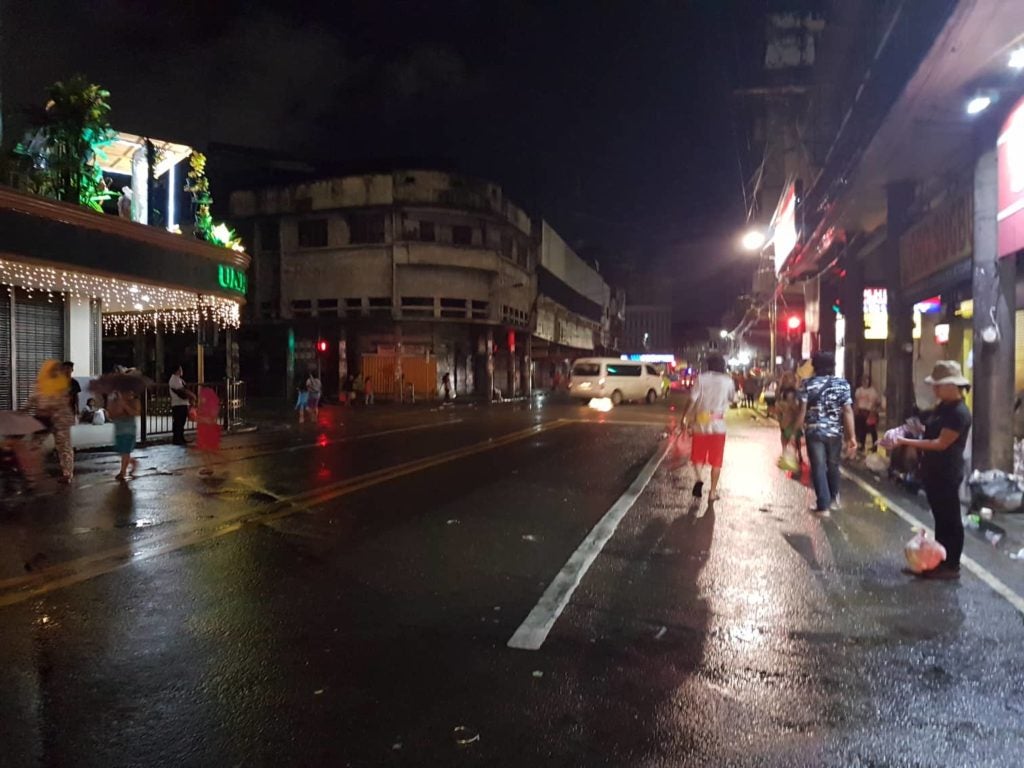 Only a few people are seen along Magallanes Street at past 7 p.m. of December 24.| Alven Marie A. Timtim

CEBU CITY, Philippines — Most thoroughfares in Cebu City are experiencing light to moderate traffic as of 6 this evening, December 24, 2019, a few more hours before Christmas day.

According to Manolito Artes, operator of Cebu City Transportation Office (CCTO), there are few vehicles traversing the junctions and streets near malls that they were monitoring, which they expect to be congested later in the evening.

Artes said that they were expecting later in the evening more people to brave the storm and go out for that last minute Christmas shopping or for those who just want to eat out with their families.

Artes, however, advised those planning to go out or to do that last minute Christmas shopping to just stay indoors and to just stay dry and safe.

Artes said that the typhoon warnings brought by Typhoon Ursula had prompted the public to stay indoors.

However, he said that Governor Cuenco Avenue in Barangay Banilad, Cebu City was experiencing light traffic congestion because of the customers of a grilled pork establishment, who had parked their vehicles along the side of the road.

He assured the public that there was no need to worry as traffic police officers and enforcers were already deployed in the area. | dbs