Signal No. 3 raised over Camotes as Ursula intensifies into a typhoon 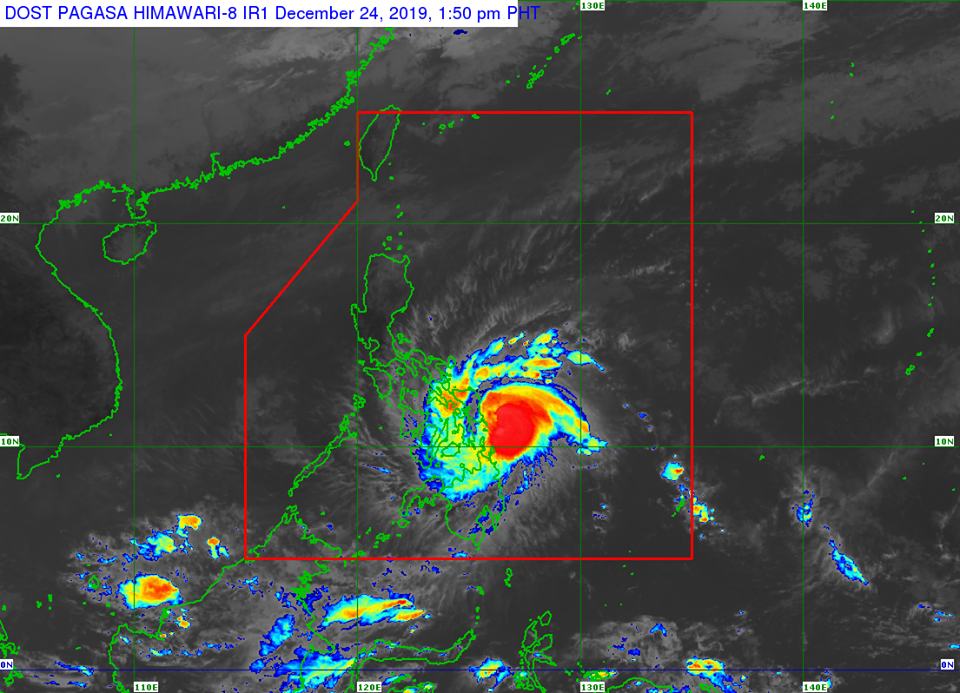 The satellite image of Typhoon Ursula as of 1:50 p.m. on Tuesday, December 24. | Photo via Pagasa

This happened as Ursula intensified into a typhoon carrying a  maximum sustained winds of 120 kilometer per hour (kph) near the center and gustiness of up to 150 kph.

Camotes Island include the towns of Poro, Pilar, Tudela and San Francisco.

Ursula is slowing down to 20 kph as it draws near Eastern Samar.

It is expected to make its first landfall in Eastern Samar on Tuesday afternoon or few hours before Christmas.

As of 1 p.m., the center of Typhoon Ursula was located at about 95 kilometers east of the municipality of Guiuan.

Also under signal number 3 are the provinces of Northern Samar, Samar, Eastern Samar, Biliran and Leyte.

Telen said the Municipality of Daan bantayan has called for preemptive evacuation of residents living in coastal communities.

The PDRRMO has not received reports of Ursula-related incidents yet of 3 p.m. / celr

Read Next
Man gives away free marijuana ‘because it’s Christmas,’ goes to jail