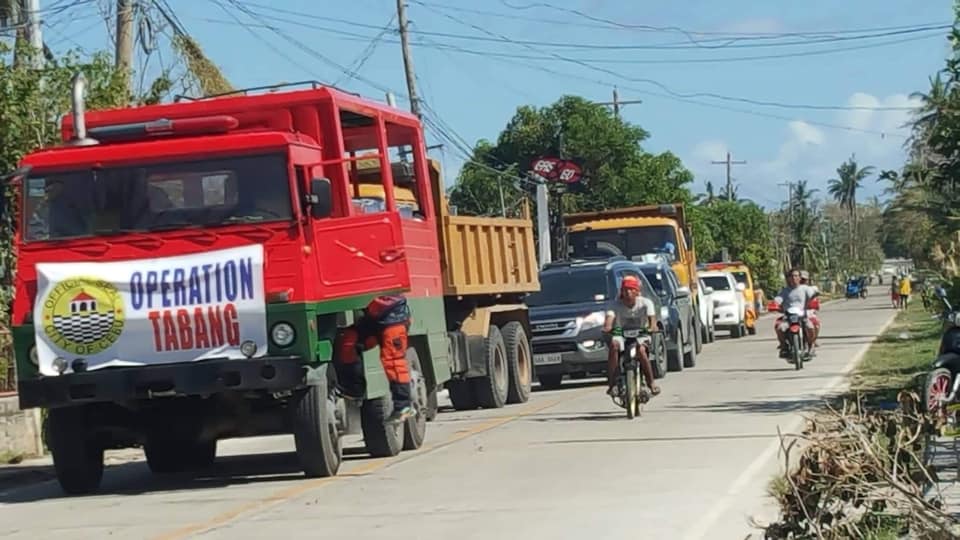 The Cebu City government brings relief goods to the victims of Typhoon Ursula in Daanbantayan on Saturday, December 28. | Photo from the Cebu City PIO Facebook page

Personnel from the Cebu city government and the volunteers from the Walk and Talk Friendship Club went with Cebu City Mayor Edgardo Labella in distributing the relief assistance to the typhoon victims.

(Even though several homes were damaged, our families are still intact for Christmas and New Year. Let us still be thankful for that.)

In times of calamity, Labella said the city government should not only limit its watch and response to its areas within the city but also to its neighboring communities.

(We are here because of what we call in English as humanitarian consideration and the Christian value of extending our hands to those who need it.)

“I am thankful for all the sacrifices. To our workers in the city for all the efforts in making this happen, and to my fellow members in the Walk and Talk Friendship Club for sacrificing their weekend just to join us in the distribution and for all their donations,” Mayor Labella said./dbs